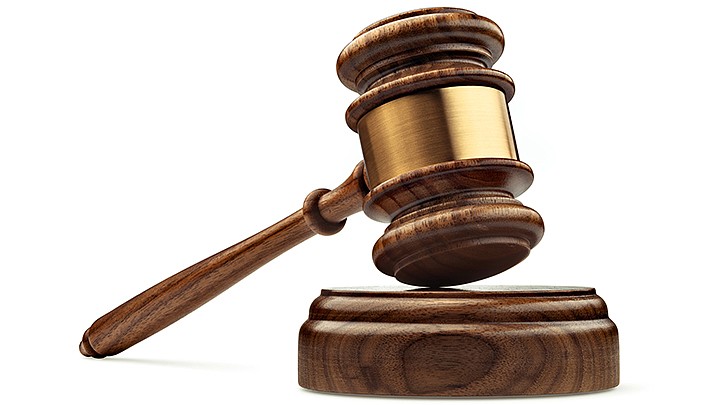 RALEIGH, N.C. - A Black judge went too far discouraging Black residents from avoiding jury duty when one of them cited religion as a reason he should be excused from serving in a trial, the North Carolina Court of Appeals ruled Tuesday.

A majority on the three-judge panel ordered a new trial for Allen Anthony Campbell, who was convicted in Guilford County in 2019 of several motor vehicle violations and pleaded guilty to being a habitual felon. He was sentenced to roughly seven to 10 years in prison.

According to court documents, Cubbage questioned a potential juror who said he would be unable to function as a juror because of his religion. The juror said he was “non-denominational. A Baptist.”

Cubbage excused him, then told other potential jurors, mentioning African Americans in particular: “Every day we are in the newspaper stating we don’t get fairness in the judicial system. ... But none of us – most African Americans do not want to serve on a jury. And 90% of the time, it’s an African American defendant.

“So we walk off these juries and we leave open the opportunity for – for juries to exist with no African American sitting on them, to give an African American defendant a fair trial. So we cannot keep complaining if we’re going to be part of the problem,” Cubbage added, saying she grew up Baptist. “There’s nothing about a Baptist background that says we can’t listen to the evidence and decide whether” Campbell was treated and charged properly, she said.

Campbell, who is also Black, did not formally object to the judge’s comments. But his attorney said they were still ripe for scrutiny because state law prevents judges from expressing “any opinion in the presence of the jury on any question of fact to be decided by the jury.”

Stroud agreed and wrote that the comments resulted in “structural error.” She pointed out that lawyers for the state – representing prosecutors – also said that Campbell was entitled to a new trial.

While Cubbage’s comments appear to reflect her desire for Campbell to have “a fair trial by virtue of a representative jury,” Stroud wrote, “courts have cautioned that irrelevant references to religion, race and other immutable characteristics can impede a defendant’s right to equal protection and due process.”

Judge John Tyson agreed with Stroud. The other panelist, Judge Chris Dillon, said that although some of Cubbage’s words were inappropriate, they weren’t designed to suggest that Campbell was guilty or to coerce jurors to answer dishonestly.

“Rather, she was admonishing just the opposite – for the jurors to be honest about whether their objection to sitting on the jury was truly based on a religious reason,” Dillon wrote while stating he would let the trial result stand.

The 2-1 decision means it would fall to the state Supreme Court to consider any appeal. But it’s unclear one will be requested since both sides in the case sought a new trial.

Cubbage, a former District Court judge, was elevated to Superior Court in 2018. She ran for the Court of Appeals in 2020 but lost to Fred Gore. Both were seeking an open seat on the state’s 15-member intermediate appeals court.