Miner Editorial | Thumbs up for the Kingman street drags 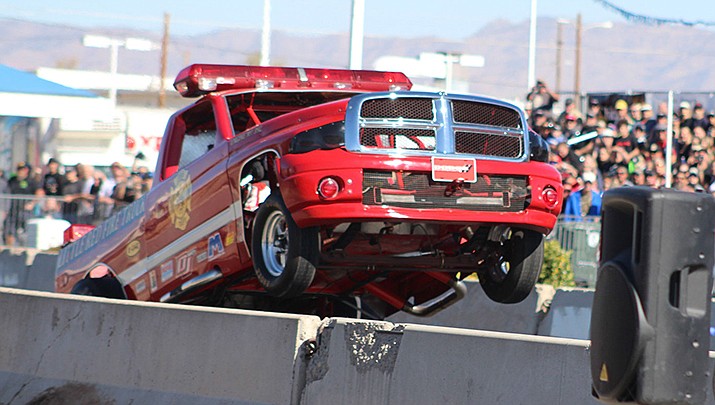 The Kingman Route 66 Street Drags is the quintessential Kingman event. Everyone has heard of Route 66 – the “Mother Road.” Its intimate connection with American car culture cannot be denied.

The event is slated for Friday through Sunday, Oct. 22-24, and kicked off with a Street Drags block party at 5 p.m. Thursday, Oct. 21.

Some folks have complained that the street drags are a public nuisance, blocking one of the main highways through town for more than a week, increasing traffic in residential neighborhoods, sending sound waves echoing through town. A few have even suggested that the drag races be held elsewhere, like at the airport, where they won’t get in the way. Humbug!

We would argue that there’s something special about revving your engine, spinning your tires and going from 0-60 mph in a matter of seconds on the main road that connected the Midwest with the Southwest U.S. for decades before the advent of interstate highways. And it’s legal on a stretch of road normally signed at 40 mph.

There is no doubt that the Route 66 location is a big part of the allure of this event, which has drawn thousands of car enthusiasts to the city, putting heads on beds in hotel rooms and feet under seats in restaurants. The economic impact is profound.

Rather than condemn this signature event, why not embrace it? Tickets cost just $15 per day, or $40 for three-day passes. Reserved tickets cost $45 per day, and a VIP pass is available for all three days for $225, offering the “best section of seating,” according to the event’s FaceBook page. Park at the Mohave County Fairgrounds, 2600 Fairgrounds Blvd., and ride a trolley to the race course.

But don’t try to enter. All 300 slots are full. The drivers will square off from noon to 9 p.m. on Friday, 9 a.m. to 10 p.m. Saturday, and 9 a.m. to 4 p.m. on Sunday, when the third round shootouts and final round of eliminations will culminate with the finals on an eighth-mile course from the NAPA store to the Martin Swanty car dealership.

So give it a try. You’ll see your friends and neighbors in action, and other racers from states near and far. Then you’ll understand why it’s worth the detour.