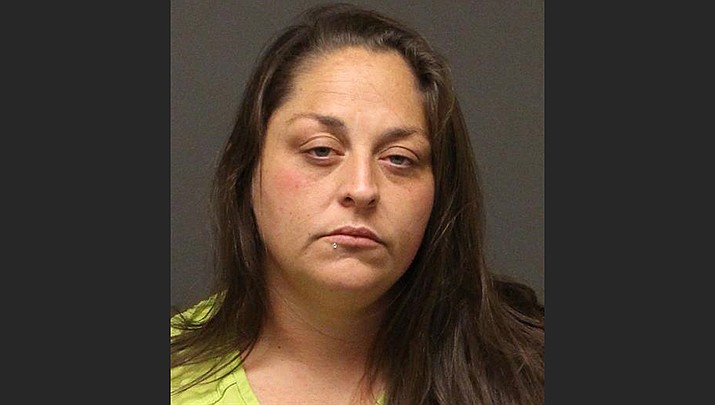 KINGMAN – Emily Faye Gillin, 32, of Kingman was arrested by the Mohave County Sheriff’s Office on Saturday, Oct. 23 after allegedly striking her ex-boyfriend with her vehicle.

MCSO wrote in a news release that at 9 p.m. Saturday, deputies responded to the intersection of E. Lass Avenue and N. Roosevelt Avenue in reference to a male subject who had been struck by a vehicle. Upon deputies’ arrival, medical was assessing the male subject and the involved vehicle was observed nearby.

According to MCSO, the investigation revealed that multiple incidents of criminal damage and domestic violence had occurred between the two persons. A witness alleged that Gillin rammed her vehicle into the victim’s vehicle earlier in the day. Gillin alleged that earlier that evening, the victim had shot out a window on her vehicle with a BB gun.

Witnesses identified Gillin as the driver of the vehicle at the time of the collision, MCSO wrote.

The victim was transported to Kingman Regional Medical Center with serious, non-life threatening injuries. Gillin was arrested on suspicion of two counts of felony aggravated assault per domestic violence. She was booked into the Mohave County jail.