Briefs: 23 homes on the Navajo Nation finally getting electricity 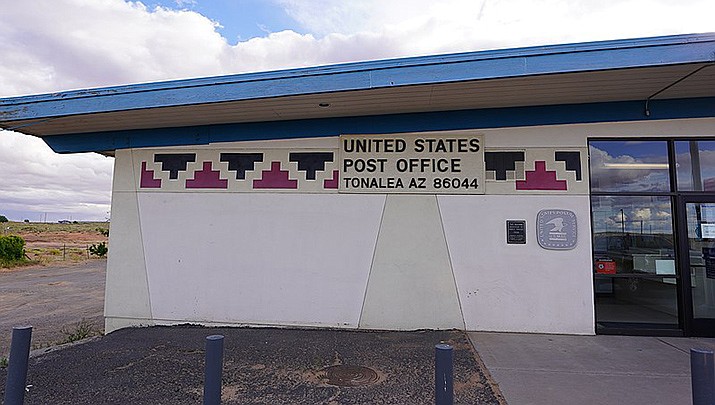 TONALEA - Tribal President Jonathan Nez has finalized a subgrant agreement between the Navajo Nation and Navajo Tribal Utility Authority to extend power lines to homes in the community of Tonalea, providing long-awaited electricity to at least 23 families.

Several Tonalea residents scheduled to receive electricity attended Saturday’s signing of the agreement for the 23 homes located in the former Bennett Freeze area.

Selena Slim said she has lived in Tonalea her entire life without electricity and spends $75 on a regular basis to purchase gasoline for her generator to provide electric power for her home.

Slim recalled when schools switched to virtual learning at the start of the COVID-19 pandemic, she had to pay even more money for gasoline to provide internet service for her children to complete online instruction.

At Saturday’s signing, Nez spoke about the importance of building and improving the tribe’s infrastructure to provide long-term benefits for communities and families.

In 2019, Nez and tribal Vice President Lizer approved $3 million for the design and construction of a new chapter house, which is near completion.

The tribe’s reservation is the country’s largest at 27,000 square miles and it covers parts of Arizona, New Mexico and Utah.

Cochise County man booked on 2 counts of suspicion of murder

BISBEE – Authorities say a man was arrested in Cochise County on two counts of suspicion of murder.

Gregory Carlson, 56, also was booked on suspicion of two counts of concealing a dead body and three counts of obstructing justice.

The Cochise County Sheriff’s Office said it received a report on Saturday morning that two people who traveled from Pennsylvania to Arizona to pick up a child under a custody-sharing arrangement hadn’t been heard from since Thursday. Carlson is the child’s father.

Investigators say they went to Carlson’s home in Sunizona, where the child was located. Carlson told investigators the child’s mother was scheduled to pick up the child, but he hadn’t heard from her. He was later arrested, according to the sheriff's office.

Authorities didn’t identify the victims, their hometowns or relationship to Carlson.

It’s unknown whether Carlson has an attorney who could speak on his behalf.

The Arizona Daily Star reports that the site opened last week at Banner-University Medical Center Tucson. The site is supported by a $500,000 grant from the U.S. Justice Department.

In Arizona, such exams must have been completed by certified sexual assault nurse examiners for evidence from a survivor’s sexual assault kit to be admissible in court.

For victims who sought treatment for the assault or related injuries at a hospital other than Tucson Medical Center, having to transfer to another hospital was an additional barrier, and one that could lend itself to re-traumatization of the survivor, experts say.

By staying at one hospital, survivors won’t have to fill out two sets of forms, give their information twice or tell their story again.

The Justice Department grant also will pay for the creation of a Sexual Assault Response Team made up of experts who will guide the program to ensure it meets survivors’ needs.

TUCSON – A man accused of shooting at a Tucson police officer last month is back in jail after earlier being released without bond.

Zachary Oscar Lee, 26, was released by a Tucson City Court judge on pretrial release with no bond after the suspect’s arrest last month.

Police Chief Chris Magnus told Tucson TV station KOLD that it was outrageous that Lee was released without bond.

A hearing was held last Friday to reconsider the bond amount. Lee was ordered back in custody with a $75,000 bond.

Police say Lee approached a plain-clothed officer sitting in an unmarked vehicle on Aug. 20 and allegedly fired a shot before running into an apartment complex.

Pima County prosecutors say Lee is facing charges of aggravated assault with a deadly weapon and discharge of a firearm.

It was unclear Sunday if Lee has an attorney who can speak on his behalf about the case.