Kingman man alleged to have punched woman in the face 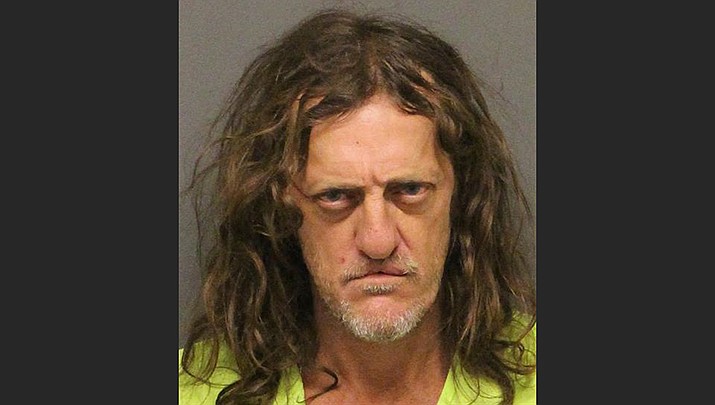 KINGMAN – Daniel William Baker, 50, of Kingman is alleged to have assaulted a woman by punching her in the face while also firing one round from a handgun into the ceiling on Friday, Sept. 3.

The Mohave County Sheriff’s Office wrote in a news release that at 7 p.m. Friday, deputies responded to a residence in the 3500 block of Cardinal Avenue in reference to an assault and a violated order of protection. Deputies arrived and reportedly observed a male subject, known to be Daniel Baker, standing on the property near a shed.

Baker looked at deputies and ran into the home, at which time deputies drew their weapons and made announcements for Baker to exit the residence. He exited and was detained.

The victim advised that Baker had entered the home and was holding a handgun and making suicidal statements. The victim told Baker to leave, at which time Baker is alleged to have raised the handgun above his head, firing one round through the ceiling of the home. The victim grabbed her phone in an attempt to call 911 when Baker reportedly took the phone and punched her two times in the face. He then left the home and the victim was able to contact law enforcement, MCSO reported.

Deputies retrieved a second weapon which allegedly belonged to Baker after being advised by the victim. A records check revealed Baker to be a prohibited weapons possessor.

Baker was arrested on suspicion of two counts of possession of a weapon by a prohibited person, possession of a defaced deadly weapon, aggravated harassment, aggravated assault and disorderly conduct involving a weapon, all felonies. He was also taken into custody on suspicion of preventing the use of a phone to call 911, a misdemeanor. He was booked into the Mohave County jail.