Mohave Valley woman alleged to have left children in vehicle 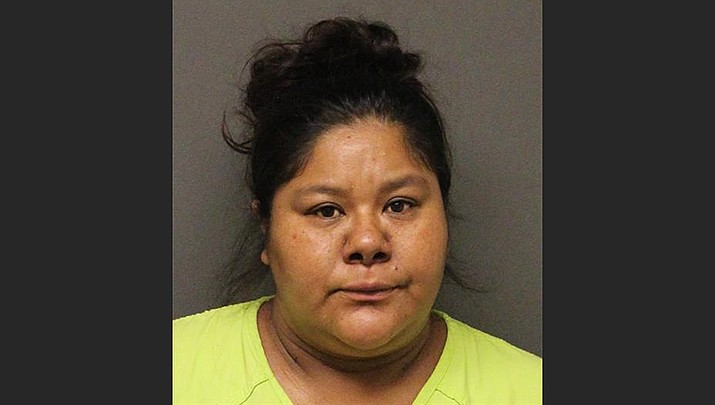 KINGMAN – Annette Lynn Garcia, 33, of Mohave Valley is alleged to have left her two children in a running vehicle at a business in the 4800 block of Highway 95 on Thursday, Sept. 2.

The Mohave County Sheriff’s Office wrote in a news release that at 5 p.m. Thursday, deputies were dispatched for a welfare check at the business after reports were received of an infant left unattended inside a vehicle. Deputies called the business while on the way to the call, and requested that announcements be made inside the store for the vehicle’s owner to return to the vehicle.

Deputies arrived on scene and reportedly observed that the vehicle was running with two children in the back seat, the older of which was lying down unrestrained. The infant was restrained in an infant carrier. Deputies tapped on the window and observed the young child was not responding to their attempts. The child eventually responded to the sounds after several more attempts.

During this time a female subject, identified as Garcia, exited the business and advised she was the mother of the kids. She was detained while medical staff arrived on scene to evaluate the children. Both were taken to a nearby hospital for further evaluation.

Garcia was arrested on suspicion of two counts of child abuse and two counts of endangerment, all felonies. She was booked into the Mohave County jail.

The children were uninjured and released to a family member.