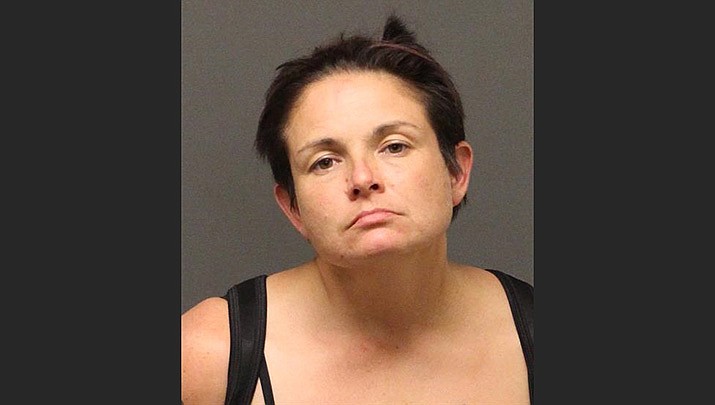 KINGMAN – A Kingman woman has been arrested on suspicion of arson.

Mohave County Sheriff’s Office detectives arrested Angelica Ana Rose Pratt, 36, of Kingman, on two counts of Arson of a Structure/ Property and one count of Arson of an Occupied Structure, all felonies.

Deputies responded to a residence in the 3500 block of Lum Avenue at 8:32 a.m. on Thursday, Sept. 9 in reference to a possible arson, according to an MCSO news release.

The victim reported three Molotov cocktail bombs had been thrown at his home and vehicles during multiple incidents.

During the first two incidents, two vehicles on the property were damaged and the incidents were reported to police.

The victim stated the most recent incident may have happened a day or two prior, but he did not see fire damage to his home until then, adding his child lives at the home.

Detectives and Kingman Fire Department fire investigators responded and observed fire damage to the home and vehicles. The victim estimated the damage to be approximately $8,000.

Detectives also located a unique glass jar in the back yard of the residence that had been burned and appeared to have been used to start the fire. Detectives also observed a yellow price tag on the bottom of the jar that appeared to be from a local dollar store, the news release noted.

Witnesses in the area said they had seen a silver SUV sitting in front of the victim’s residence in the early morning hours on multiple occasions. Detectives began looking at local dollar stores for the glass jar and found a match at a business in the 3600 block of Highway 66.

“Detectives and store employees matched the item tags found on the jar at the scene to tags on the store items,” MCSO wrote in the release.

With the employee’s assistance, detectives located video surveillance from Monday, Sept. 6 of a silver SUV pulling into the business parking lot. A female subject exited the vehicle, entered the store and reportedly purchased what appeared to be the glass jar used in the arson.

Detectives searched the area for the SUV used during the purchase and located the vehicle in the 3900 block of Lum Avenue. It was occupied by the female subject – later identified as Pratt – that they had observed in the video footage.

Pratt reportedly admitted to starting all three fires. She was arrested and transported to the Mohave County Adult Detention Facility without incident. The investigation continues.