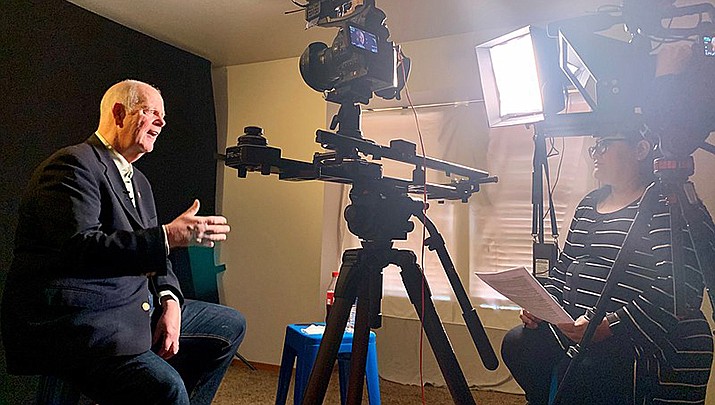 PHOENIX - U.S. Rep. Tom O’Halleran was late paying his Yavapai County property taxes 15 out of 16 years during a stretch that began in the mid-1990s and spanned his entire career in the Arizona Legislature.

O’Halleran, D-Ariz., eventually paid all of the taxes for two Sedona-area properties, but sometimes did so more than a year after the money was owed, according to county records, the Arizona Republic reported.

Between 1995 and 2010, O’Halleran piled up more than $11,000 in late fees and other costs associated with delinquent payments and tax liens. Only one year in that span, 2008, went by without late payments, records show.

O’Halleran, a former Chicago police detective who became a millionaire executive with the Chicago Board of Trade before moving to Arizona, hasn’t been delinquent with his property tax payments since 2011.

“Property taxes — now paid in full — from over 10 years ago are not relevant to public policy decisions being made today,” he told the Republic.

Property taxes are used to “fund such things as schools, fire and police protection, streets, libraries and other public entities,” according to the Yavapai County assessor.

In Congress, O’Halleran co-chairs the Blue Dog Coalition, a group of 19 House Democrats who cast themselves as “dedicated to pursuing fiscally-responsible policies.”

Before that, he spent three terms in the Arizona Legisalture as a moderate Republican.

Even before he arrived at the state Capitol, O’Halleran was chronically delinquent paying his property taxes.

The problems began with a Sedona property he purchased in 1993 and still uses as his primary residence.

In 1995, O’Halleran paid $60 in late fees for a payment that was about six weeks late. After that, the late fees grew steeper and the payments often came later.

Overall, O’Halleran paid nearly $2,700 in late fees and other costs for the delinquent payments on his residence between 1995 and 2003.

O’Halleran owns another property in the Sedona area purchased using a trust he controlled and that is now controlled by O’Halleran’s wife. The 12.8-acre hilltop property once was used as an orchard and has been on the market for months.

It, too, has presented years of tax headaches.

Records show that O’Halleran faced late fees for taxes on that property beginning in 1999. The extra cost was nearly $1,000 and often topped that in subsequent years.

In June 2008, payments for the taxes on that property for 2006 and 2007 came on the same day. The transaction included hundreds of dollars in late fees and was complicated enough that it resulted in a small refund for overpayment.

Overall, O’Halleran paid an extra $9,200 on that property during a nearly unbroken stretch of late payments that ran to 2010, records show.

While O’Halleran declined to discuss past debts, he also wasn’t supportive of a Republican plan to highlight more current ones.

In Congress, O’Halleran voted against a Republican-led bill in 2020 that would have required disclosure of tax debts and permitted local authorities to garnish the wages of members who were delinquent paying their taxes.

It was a bill that effectively targeted then-Rep. T.J. Cox, D-Calif., who owed more than $144,000 in federal income taxes during his single term in Congress.

In the early 1990s, O’Halleran retired from business in Chicago and settled in Sedona, hoping to hike and ride horses. He has acknowledged growing restless and getting engaged in politics.

His time there ended amid battles with GOP leadership, beginning with his effort to secure more money for the state’s troubled Child Protective Services agency.