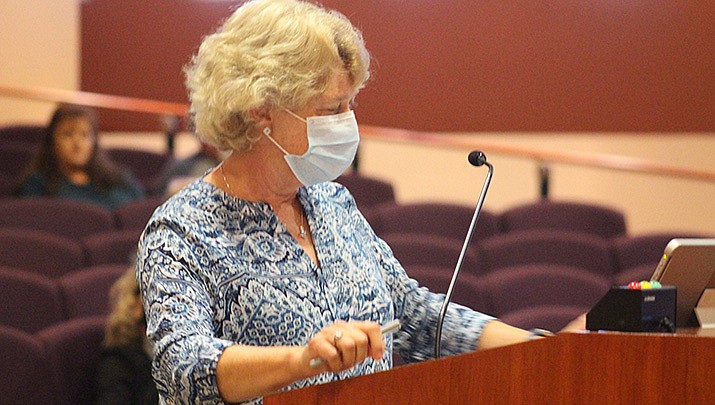 KINGMAN – Mohave County Public Health Director Denise Burley provided the Board of Supervisors with an update on county flu figures from the past few years on Tuesday, Sept. 7.

Supervisor Hildy Angius of District 2 kicked off the conversation by noting community members are starting to receive flu vaccination information from their medical providers. As the flu season is nearly here, starting in October, the supervisor inquired as to the safety of receiving multiple vaccines, such as for the flu, pneumonia and COVID-19.

Burley responded by saying that people generally spread out their vaccines as opposed to getting all of them in one day. She also noted that the flu season hasn’t quite started yet.

Burley also took time to address flu figures from the past few years. She said the 2017-18 season saw 1,522 cases in Mohave County. The 2018-19 season saw 793 total cases, with the 2019-20 season showing no reported cases by early March 2020 after seeing sustained activity earlier in the season up until February.

“This coincides with the onset of the COVID pandemic and people wearing masks,” Burley said.

The 2020-21 season saw an “exceedingly low” number of flu cases reported, according to Burley, who added that those cases are reported voluntarily.

Burley also spoke to the new tests, which test for both flu A and B, as well as COVID-19. Burley said those tests are sensitive and can pick up distinctions between each illness.

She said the “same advice follows for all three of those illnesses.” She said residents should wash their hands with soap and water; avoid touching their eyes, nose and mouth with unwashed hands; stay at home when sick; avoid close contact with others (especially if you’re not feeling well); cover your cough or sneeze with a tissue or sleeve; and clean and disinfect frequently touched surfaces.

For those who still feel uncomfortable, “wear a mask in public settings,” she advised.

Flu shots are available at most local pharmacies.