Kingman men alleged to have stolen $35,000 in construction equipment 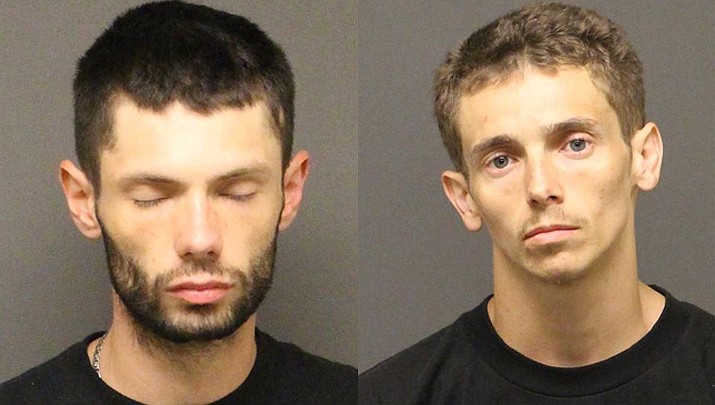 KINGMAN – Devin Troy Legrand, 23, and Jason Ray Watkins, 26, both of Kingman, were arrested by the Mohave County Sheriff’s Office on Thursday, Sept. 16 after law enforcement followed tire impressions to a residence in the 3100 block of Potter Avenue.

MCSO wrote in a news release that deputies responded to a construction site in the area of N. Thompson Way and E. Ames Avenue in reference to a delayed burglary just before 6 a.m. Thursday. The investigation revealed that unknown suspects cut through a chain link fence and made entry into the construction storage site. Once inside the fence, the suspects cut the locking device off a storage trailer and removed several pieces of construction equipment.

Detectives responded to the scene and assisted with the investigation, which resulted in a search warrant being obtained and executed. During execution of the warrant, one of the suspects was reportedly found hiding in the residence. The stolen property was reportedly recovered within the residence, along with additional stolen property located in a vacant field. The total value of the stolen and recovered property was estimated at more than $35,000.

Legrand and Watkins were both arrested on suspicion of third-degree burglary and theft, both felonies, and booked into the Mohave County jail.