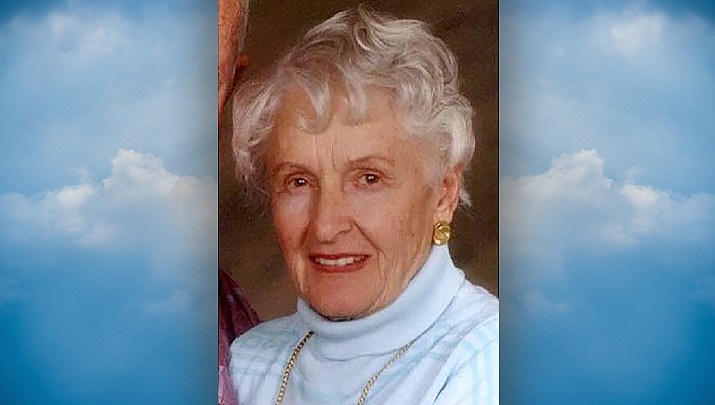 Together her and Pat lived in Oregon and Arizona before finally settling in Wikieup on the Big Sandy, where they lived for many years and raised their family. June worked at Owens Whitney school as a cook.

She had a love for horses; her and Pat raised and raced horses at Prescott Downs track. She had a gift for gardening and was a great cook, and sewed most of the kids’ clothes. She also made all three of her daughters’ wedding dresses, and we all still have the jean quilts that she made us years ago.

They also owned and operated three gas stations in Arizona. After they left Wikieup, they bought a gas station in Truxton. June worked at the Truxton school as an office accountant. Later they moved to Valentine where they built their house together. After making many great memories there, they sold out to The Keepers of the Wild and fully retired in Kingman.

She is survived by her husband, Pat Sr.; four kids Pat, Jr. (Jeanette), twin daughters Bonnie (Mike), Billie, (Tom), and Joanie. She has seven grandchildren, 21 great-grandchildren, and one great-great-granddaughter.