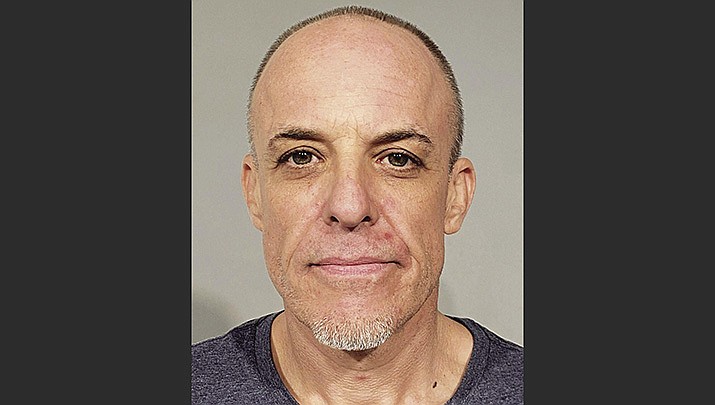 A former Lake Havasu City resident remains in custody at Mohave County jail after his arrest on multiple counts of arson earlier this year. Now prosecutors are requesting permission from a superior court judge to submit new evidence as to the defendant’s alleged motive.

Jeremy J. Chelgren, 48, is accused of setting fires at structures on Caravelle Drive, Lake Havasu Avenue, Flying Cloud Lane, Canyon Cove Drive, Plaza De Las Arboles and at the Lake Havasu Consolidated Courthouse in the early hours of Feb. 8. According to a motion filed by prosecutors on Wednesday, a prior criminal incident involving the defendant, which allegedly took place Feb. 7, could illustrate Chelgren’s motive to a jury.

During the Feb. 7 incident, Chelgren was allegedly driving the same vehicle in which he was found at the time of his arrest one day later. According to witness statements, Chelgren arrived at the location of his ex-girlfriend, and rammed his vehicle into a car in her driveway before threatening to destroy her home. Chelgren left the scene.

On Feb. 8, Lake Havasu City Police and Fire officials were called to the Lake Havasu Consolidated Courthouse after receiving reports of the first suspicious fire, which destroyed as many as three vehicles in the facility’s parking lot. Shortly after officers arrived, a second suspicious fire was reported, followed by several more fires in locations throughout Havasu.

Video surveillance footage from the courthouse allegedly showed a car similar to Chelgren’s rental car, and police soon identified him as a person of interest in the case. As officers searched the city for Chelgren, prosecutors say he again contacted his ex-girlfriend.

“In another incident after the fires started, the defendant sent a text message to the ex-girlfriend about their relationship,” said Deputy Mohave County Attorney James Schoppman in his motion on Wednesday.

“He said the whole town was on fire, and he hoped her mother’s house wasn’t next. The disturbance on Feb. 7 establishes his motive as to the fires he started, and his identity as the person who started the fires.”

Police say Chelgren asked his ex-girlfriend to meet him at the scene of one of the fires that day. When she contacted investigators to inform them of his whereabouts, it was instead Lake Havasu City Police officers who arrived at Chelgren’s location. Chelgren allegedly attempted to flee from officers, but was apprehended when officers pursued him to a dead end on Cherry Tree Lane.

Mohave County Public Defender George Hibbeler, who was appointed as Chelgren’s attorney, filed a list of possible defenses in June to be used at the defendant’s trial. Those defenses included insanity, insufficiency of the state’s evidence, general denial, lack of intent to commit the crime, mistaken identification by police, and illegal search of his property when he was taken into custody by police.

Chelgren remained in custody as of Friday on $35,000 bond.