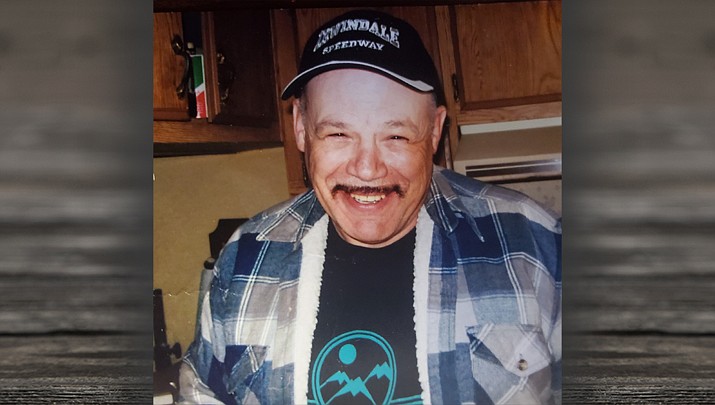 Robert M. Siragusa was born into this world Jan. 24, 1956. He went to meet his Lord and Savior, and reunite with his family, on Sept. 7, 2021 in Phoenix, Arizona. He was born in Boston, Massachusetts. His beloved mother was Barbara, and his father was Anthony Siragusa. Bob told me as we were reminiscing about the great times we had spent together the 40 years we had been friends, that he had the greatest childhood. He said his mom and dad were the greatest parents a person could ask for.

His family moved to Glendora, California when he was a baby.

His father was a career Navy man. His family consisted of his dad, mom, and his dearest grandmother. He told me about the great times camping, boating and riding motorcycles in Southern California with his family and friends. He attended Glendora High School where he graduated in 1974. In the late 1970s Bob and his family moved to the Modesto, California area, and again to Ceres, California, where Bob remained until moving to Kingman.

Bob Siragusa was a man of many talents, and he had many hobbies. He loved to ride motorcycles, dirt bikes and ATVs. He always had at least one of each. He also liked to repair and rebuild them. He was very handy with a set of tools. He also enjoyed all things to do with airplanes, and attended many air shows. He even bought an airplane kit, and proceeded to build it. He had earned his pilot’s license, and had flown solo. He was also a computer tech, and built computers and gave lessons to people who bought computers from him. He liked to cook, and was a great barbecue chef, who made his own sauces and had big barbecues that his friends and neighbors enjoyed. As a talented musician Bob had attended music schools in Southern California and the Bay area, honing his skills as a keyboard and base player. In the late 1980s he was one of the first people to make a successful business of a new music format, “Karaoke.” His business “All Star Entertainment” was very successful for over 10 years. He was a popular DJ and sound man; offered sound systems and musical equipment rentals, and still played often with his band in the Modesto area. At different times Bob worked in the motorcycle business as a parts man at Honda of Modesto. He also drove transit buses in Modesto and later did medical transport in Kingman.

After meeting the love of his life and fiancé, Tanya Powell, they relocated to Kingman, Arizona to enjoy life together, and work on retiring. He often told me how much they enjoyed his church family, and the new friends he and Tanya had made.

Bob leaves his fiancé Tanya, and many friends including Jeff Zabriski, Steve Wayman, Anthony and Gloria Valverde, and Bruce Frohman.

Robert M. Siragusa was a kind and gentle man who cared for people, and was ready to help anyone at any time. He was generous, and contributed monthly to charities such as St. Judes Hospital for Children, St. Joseph Indian School and St. Bonaventura School. There will be a Celebration of Life on Oct. 7, 2021 at New Life Church, 419 Harrison St. at noon.

He is missed and the good deeds he did are appreciated by many.