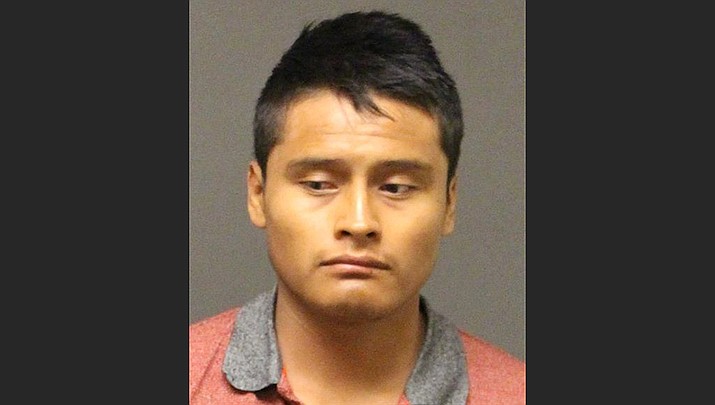 KINGMAN – Jose Zefreino Reyes, 23, of Mexico, was arrested by the Kingman Police Department on Sunday, Sept. 19 after allegedly forcing a woman into his hotel room and attempting to make her perform a sexual act.

KPD wrote in a news release that officers responded to a hotel in the 3300 block of E. Andy Devine Avenue where a 23-year-old Lake Havasu City woman reported that Reyes had attempted to sexually assault her.

It was alleged that during a casual conversation between the victim and Reyes, Reyes had forced the victim into his hotel room, exposed himself and attempted to force her to perform a sexual act. The victim was reportedly able to push away, escape the room and contact police.

Investigators served a search warrant on Reyes’ hotel room. KPD wrote that Reyes ultimately admitted to briefly talking to the victim after he had consumed alcohol.

Reyes was arrested on suspicion of felony sexual assault and booked into the Mohave County jail.

KPD wrote that the victim and Reyes were not associated with one another prior to the alleged assault.