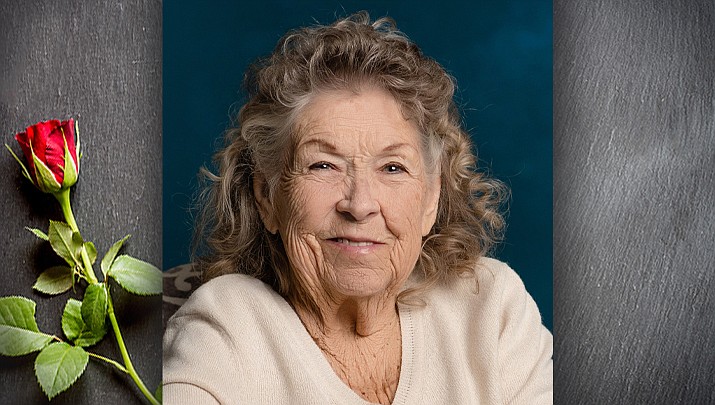 Nora Lee Pennington was 84 years old when she stepped into the presence of the Lord on Sunday, March 1, 2020.

She was born July 4, 1935, in Webb City, Oklahoma to Howard and Eskie Lattin.

At a young age Nora and her family moved to Phoenix, Arizona where she graduated high school and then attended culinary school.

Nora, her parents and her two brothers moved to California for better work.

She then met her first husband, Don Pennington. They had two children -- Howard and Donna Pennington.

Nora in her hay days roller skated in the Roller Derby for the LA Thunderbirds and was known as "Big Red." She loved motorcycle riding and was a part of many motorcycle clubs throughout her life.

Nora's love for food prompted her to begin working at restaurants, then managing them, and then ultimately owning several.

When Nora met Don Laughlin, he asked her to work for him and moved her to Bullhead City where she worked at the Riverside Casino for years.

Nora gave her life to Christ in 1990. Anyone who met her in the years following would know she loved Jesus.

She also loved kids so she volunteered to lead the kitchen staff and cook for the Praise Chapel Kids' Camp for over 20 years. Camp was something she loved to do with her son, Pastor Howard Pennington and his wife, Pam Pennington. She retired as camp cook in 2017 when she was diagnosed with cancer.

She moved in with Travin and Julie at that time and was cared for by them at their home for two years until she needed extra nursing care.

Nora is preceded in death by her brothers, Charlie and Ronnie Lattin; her husband, Clyde Lee; and her children and their spouses, Pastor Howard and Pam Pennington, and Don and Donna Vaughn.

Nora is survived by her stepchildren, Twila and Jerry; grandkids Travin and Julie, Tyona and Robert, Amy, Vincent, and Donnie Vaughn; and many great-grandkids.