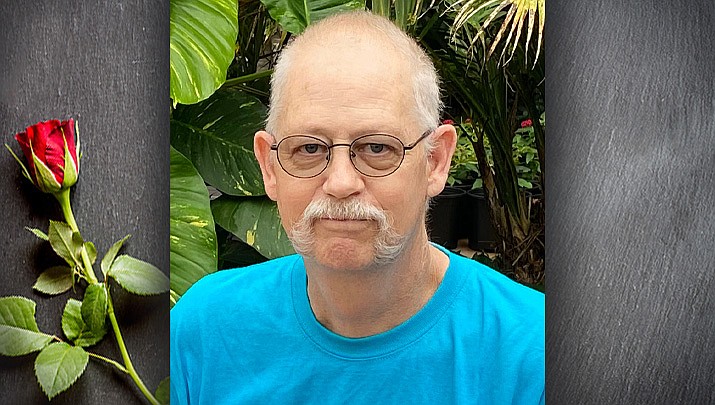 David Dean Scroggins, 61, of Kingman, Arizona passed away on the evening of Wednesday, March 16, after fighting cancer for the past six years.

David grew up in Kirtland, New Mexico, raised by his loving and hard-working mother, Beanna Nelson, who preceded him in death. He graduated from Kirtland High School where he excelled in academics and sports, winning the Class AAA state championship in basketball (Go Broncos!), and setting school records in both high jump and long jump. He graduated with a bachelor’s degree in Environmental Science from Northern Arizona University and worked as an environmental scientist, mainly surveying desert tortoises. He later got a second bachelor’s degree in Elementary Education and a Master’s degree in Education with an emphasis in Reading Education, also from Northern Arizona University.

He worked as a teacher for 26 years at Kingman Academy of Learning, where he impacted countless students and co-workers with his knowledge of science and education. He was known for his compassion, love, patience, understanding and acceptance of all. He was a caring coach, teacher, club sponsor and mentor. He had an unparalleled ability to teach because he saw the best in his students and expected them to live up to that potential. Through his teaching he inspired many students to enter a career in the fields of science and medicine.

David was a loving and devoted son, brother, grandson, spouse, father, grandfather (G-Pa) and friend. In all his relationships, he maintained a witty sense of humor and a caring demeanor. He was a lover of the outdoors and nature, gardening, animals, remodeling, Western movies (especially those with John Wayne), comic book superheroes (the Hulk being his favorite), and sports, playing on many city league teams through the years. He also loved God and found peace and reassurance in His grace and tried to carry that into all his relationships. He was a healthy example of a God-fearing man.

David passed away due to cancer. Just like he dealt with all experiences in life, he managed his illness with strength and wanted to spend as much time with his loved ones as possible. In his final days, he was surrounded by his wife, children, grandchildren and siblings who he adored more than anything else in the world.

A celebration of life service will be held at Grace Lutheran Church on Saturday, April 9, 2022 at 1 p.m.