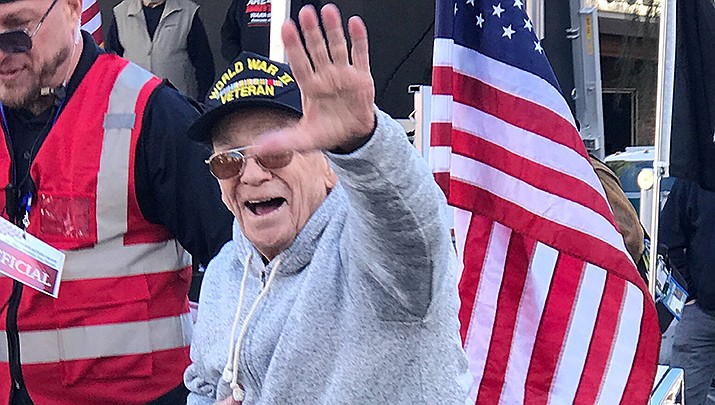 Charlie was a first generation American. His family immigrated to New York from Ireland before he was born. Charlie was born in Manhattan, New York, and had a love of country. As such he served in the Navy during World War II. After his time spent in the Navy, he met his wife, Theresa. Together they had seven children: Charles Jr., Sherry, Maureen, Donna, Vicki, Sheila and Rosemary. Charlie was an avid lover of gardening. He was a friend to everyone he met and left each with a smile on their face.

Charlie was preceded in death by his son Charles Francis O'Reilly Jr. and his wife of 61 years Theresa Rosemary O'Reilly. He is survived by his six daughters -- Sherry, Maureen, Donna, Vicki, Sheila and Rosemary; and his 16 grandchildren, 35 great-grandchildren and five great-great grandchildren.

Services for Charlie were held on Feb. 11, 2022 at Saint Pius X Catholic Church in Santa Fe Springs, California, where his family and friends gathered to celebrate him.