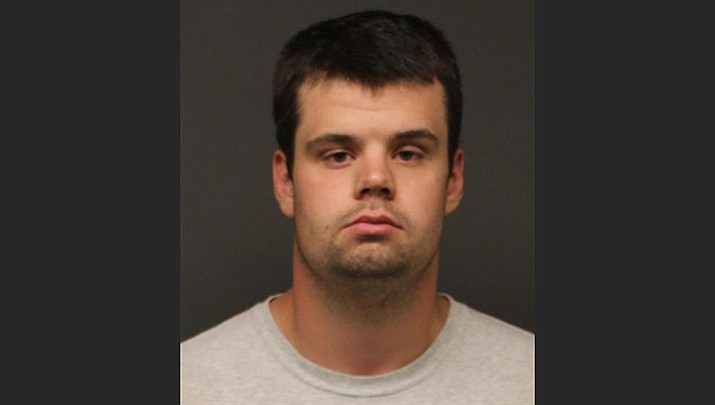 GOLDEN VALLEY – On Monday, April 25 around 9:30 p.m. Mohave County Sheriff’s Office deputies responded to Kingman Regional Medical Center in reference to a one-year-old child with suspicious injuries and determined the child was abused.

According to an MCSO news release, detectives took over the investigation, which found that the child had injuries consistent with both severe physical abuse and sexual abuse.

According to law enforcement, the child was allegedly found to have been in the care of the child’s mother’s boyfriend, Matthew Nicholas Brown, 23, of Golden Valley, when the injuries were sustained. Brown is not the biological father of the child.