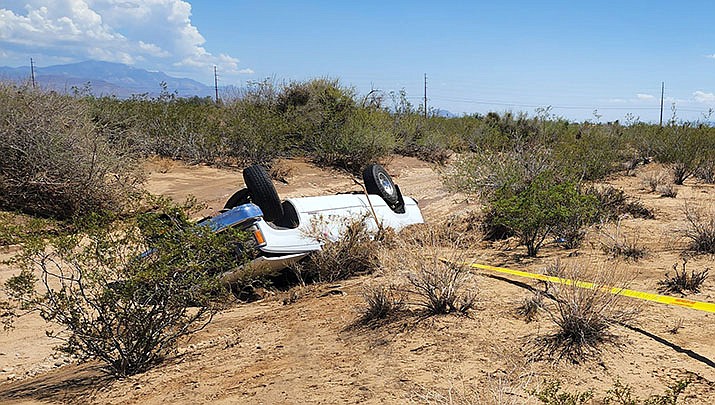 GOLDEN VALLEY – The body of a man has been recovered from a pickup truck that overturned in floodwaters in a Mohave County wash, authorities said Tuesday.

They said some ATV riders called authorities after they spotted a truck that was upside down in the wash around 10 a.m. Monday.

Sheriff’s deputies went to the scene and recovered a body that was inside the truck and took it to the county medical examiner’s office for identification.

Authorities said it appears Johnson was driving the truck when it was swept down the wash Sunday night during a storm.

The National Weather Service reported more than an inch of rain fell in 15 minutes Sunday near Kingman, which is 11 miles east of Golden Valley.