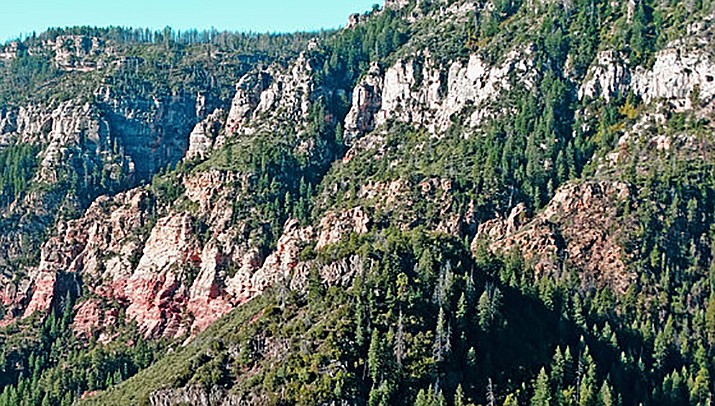 Coconino National Forest Supervisor Laura Jo West has retired after 33 years of serving in the U.S. Forest Service. A portion of the forest is pictured here. (Photo by Don Graham, cc-by-sa-2.0, https://bit.ly/3gNVIua)

Deputy Forest Supervisor Michelle Paduani will be the acting forest supervisor as the Southwestern Regional Office searches for a replacement for West, who officially retired Saturday.

A temporary forest supervisor will likely be assigned by the end of August until a permanent replacement is found.

West’s lengthy career began in northeast Utah in 1989 on the Ashley National Forest.

West became Coconino National Forest Supervisor in July 2015. She plans to stay in the Flagstaff area for the foreseeable future and said she looks forward to staying involved in the community.

PHOENIX – Zane Ferrin had a plan. As a storm was hitting the Phoenix area Saturday, the Peoria resident pulled into a gas station to get some fuel and a quick respite from the torrential rain.

“It was coming down really hard. I was almost out of gas,” Ferrin told Phoenix TV station ABC15. “I pulled under that ramada to one, get some gas and two, get away from the water and hail that was coming down.”

A minute later heard creaking. It was the metal roof that covers the fuel pumps. “The pylon is about a foot and a half away from me. I look over and it just comes right down and lands right on my car,” he said. “It was crazy. I have never had anything collapse right in front of me, let alone right on my car.”

There were no injuries but Ferrin says he likely will need a new car due to the damage on his vehicle's roof.

“You know, monsoons get wild. I have not seen anything like this. I have seen fallen trees before, in front of cars and all that stuff. But I have never had a whole ramada fall on my car,” Ferrin said.