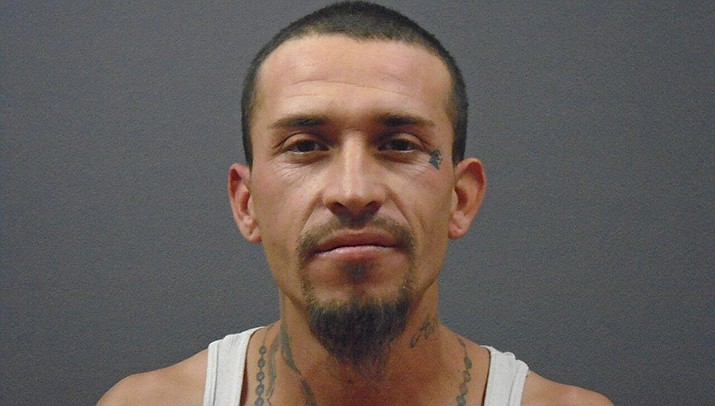 BULLHEAD CITY – The Bullhead City Police Department is seeking a suspect in an alleged shooting that took place Sunday evening.

According to investigators, the incident was reported at about 8:15 p.m., when suspect Antonio Ruiz, 35, of Bullhead City, allegedly engaged in an argument with the victim in a store parking lot. When the victim attempted to end the altercation and return to his vehicle, Ruiz allegedly drew a gun and fired one bullet at the vehicle. Police say the bullet missed the victim by about an inch. The public is advised not to approach Ruiz, who is considered to be armed and dangerous.

Ruiz reportedly fled the scene prior to the arrival of responding officers, and remains at large as of Monday.

The suspect is described as about 67 inches tall, 150 pounds, with brown hair and brown eyes. Anyone with information as to Ruiz’ whereabouts is asked to contact the Bullhead City Police Department at 928-763-1999.