Rays acquire OF David Peralta in trade with D-backs 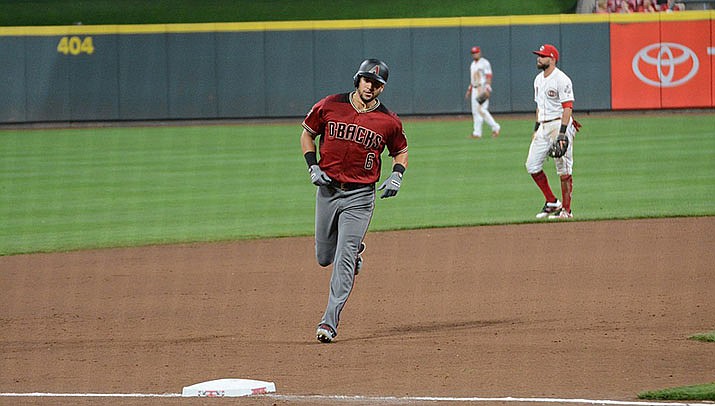 The Arizona Diamondbacks have traded fan-favorite David Peralta to the Tampa Bay Devil Rays. Peralta is shown circling the bases in a game against the Reds in 2018. (Photo by Hayden Schiff, cc-by-sa-2.0, https://bit.ly/3zPezyz)

PHOENIX – The Tampa Bay Rays have acquired outfielder David Peralta from the Arizona Diamondbacks, adding a veteran left-handed bat for the playoff race.

The 34-year-old Peralta has played his entire nine-year MLB career with the D-backs, where he won a Silver Slugger award in 2018 and a Gold Glove in 2019. His bat has slowed in recent seasons, but he's still very good against right-handed pitching.

“My reaction was like, shock," Peralta said. "It was a sad moment for me, for sure, but on the other side I was really excited and happy that the Rays was interested in me, in the belief that I can help them to get into the playoffs and I know that’s going to happen.”

Rays general manager Peter Bendix says Peralta will likely play left field for a club with an AL-high 16 players on the injured list, including outfielders Kevin Kiermaier, Manuel Margot and Harold Ramirez. Kiermaier is out for the season after left hip surgery.

“He has a history of offensive performance that we really like," Bendix said. "We think he’s somebody that can kind of stablize our lineup.”

Diamondbacks GM Mike Hazen said making the trade made sense for the organization, especially since Peralta is a free agent in a few months, but it was still a difficult moment. “It was a tough conversation, it was emotional conversation,” Hazen said. “He brought energy, enthusiasm and he was a really good player for us.”

Peralta's unique background endeared him to many baseball fans. He was a pitcher in the St. Louis Cardinals organization before injuries led to his release in 2009. He then played independent ball, and was signed by the D-backs as an outfielder in 2013 before making the big leagues in 2014.

Cerda is batting .315 in rookie-level ball.

The Diamondbacks also placed left-hand pitcher Caleb Smith on the 15-day injured list with a fracture to his non-pitching hand.