Palmer was well-prepared for job with Mohave County 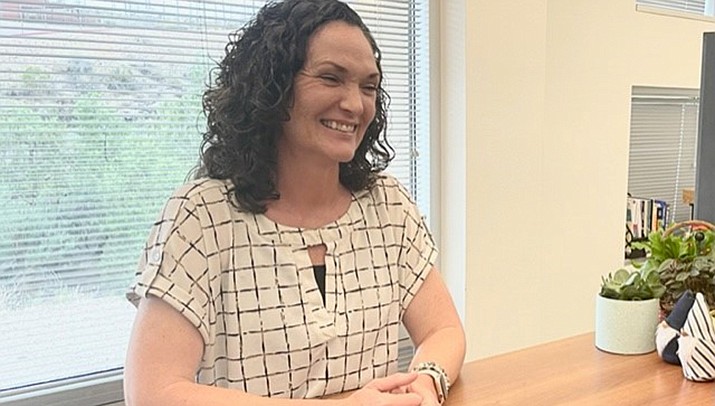 KINGMAN – They don’t come much better prepared for the job than Melissa Palmer.

Palmer has been with the Mohave County Public Health Department for the past 10 years, accumulating accolades and awards as she has multi-tasked and recorded an array of achievements.

During this time, she received her graduate degree from Northern Arizona University, while working full-time and raising a family. (Among her early accomplishments, she advocated to increase grant support for the senior nutrition program and successfully obtained over $75,000 in additional funding to increase the number of meals provided to seniors in Mohave County.)

Currently, Palmer is responsible for managing the health department’s business operations, which includes managing a staff of over 85 health professionals and a budget of about $6 million sourced from grant funds, fees, insurance and general fund support.

She also ensures proper management and billables for each grant (more than 50) to ensure compliance with the many grant contracts and performance measures within her department.

Coupled with her ordinary heavy workload, there has been a massive amount of her energy and effort expended on the COVID-19 pandemic.

Palmer has been working alongside former health director Denise Burley (who just relinquished her position and has been replaced by Dr. Chad Kingsley) on that difficult and controversial issue since early 2020.

It certainly hasn’t been easy for anyone in the health department.

Palmer works outside her office in the county administration building off Beale Street.

She is relentless within the community ensuring that the area's needs are met through outreach efforts and significant coordination including administrating community health screenings and servicing clinics in some special rural locations that would not normally have those services.

She frequently draws upon the experience she had at Kingman Regional Medical Center, where she worked prior to her advancement to the county’s Public Health Department.

Palmer played a critical role for the County Health Department, as it became only the second department in the entire state of Arizona to be awarded the title “Accredited Health Department.”

Her role in achieving this outstanding honor included gathering extensive supporting data of the department’s work within the community.

As part of accreditation activities, she started the department’s strategic workgroup, which is a cross section of health professionals that takes an internal business process and looks at creative ways to improve upon it.

This process has led to improvements on the performance evaluation process, workforce development and training, social media standard operating procedure, and other areas that have raised the bar in public health.

Palmer has been active in the community since moving to Kingman 26 years ago from the small rural community of Yucaipa, California, where she grew up.

She and her husband moved to the Mohave County seat a decade ago because of family living in the area and a job opening for him.

She worked for KRMC before joining the county. Now, the whole family is well-embedded in Kingman.

He is a warehouse manager for McKee Foods (Little Debbie cakes). They have three daughters. One is a county court advocate and the other two work for KRMC.

She has written multiple grants for the Kingman Mohave Lions Club including the Stockings for the Homeless project. Palmer was also a founding member of the Kingman Middle School Band Boosters and she completed all the requirements for its needed 501c3, nonprofit status.

Palmer is in one of the more difficult and stressful county departments.

There are often vacancies, as there are now. Employees have to do more.

She says: “Right now, I’m the interim environmental health manager, in addition to being assistant health director. We’re making sure staff has the support they need in order to continue their work.”

Meanwhile, she remains steadfast as an advocate for patient and human rights, committing her life and career to bettering the community around her as she seeks to see that people of all backgrounds are treated fairly and equally in the Public Health space.

That may be an unattainable goal, but Palmer is not one to give up. That’s not in her DNA.

(This is one in a series of profiles about Mohave County employees by the county communications office.)