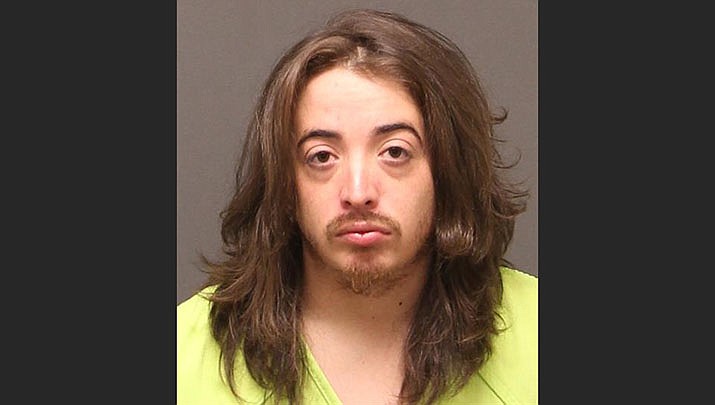 On Friday, Aug. 12 at approximately 11:30 p.m., deputies were notified of an assault that occurred at a residence in the 3000 block of McVicar Avenue. The 14-year-old male victim advised deputies that he was currently walking in the area of Benton and Suffock. Deputies responded to the area and made contact with the victim and his girlfriend.

According to law enforcement, noticeable injuries to the victim’s face and neck were noted, and he was visibly upset. The victim alleged that he had been assaulted by his stepdad, identified as Toledo, after a verbal altercation turned physical. The victim alleged that Toledo struck him in the face, and after being taken to the ground, Toledo continued to strike him and then choked him to the point of blacking out.

The victim was transported to Kingman Regional Medical Center where doctors confirmed that he had received significant injuries to his neck and throat consistent with being choked. Deputies responded to the residence to make contact with Toledo, however, they were told by another party on scene that Toledo was too intoxicated to come outside.

Deputies again requested that Toledo come outside, to which he complied. When asked about the incident, Toledo told deputies multiple different versions of the incident. Toledo denied that he had assaulted the victim and that he was the one who was allegedly attacked by the victim’s girlfriend.

Toledo was then placed in restraints and transported to the Mohave County Adult Detention Facility where he was booked for the alleged assault. The investigation continues.