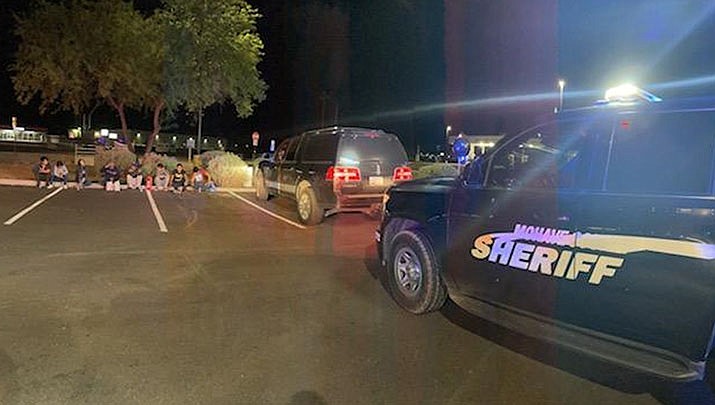 A California man was arrested for human smuggling in Fort Mohave on Wednesday, Aug. 17 when Mohave County Sheriff’s deputies found eight illegal immigrants in his vehicle after a traffic stop. (MCSO photo) 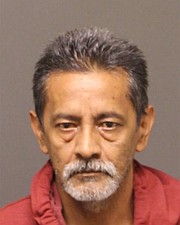 According to an MCSO press release, on Wednesday, Aug. 18 at 1:30 a.m., deputies were on patrol in the area of Highway 95 and Aztec Road when they conducted a traffic stop on a black SUV. Deputies observed the vehicle had very dark window tint and were not able to view any occupants of the vehicle as they approached.

Deputies approached the passenger side rear door and knocked on the window and heard a significant amount of movement inside the vehicle. The driver, later identified as Escamilla, rolled down the passenger side front window, and deputies again requested he lower the back window.

After allegedly not complying several times with the directive, the window was finally rolled down and deputies observed several Hispanic subjects in the rear of the vehicle attempting to conceal themselves.

Deputies removed Escamilla from the vehicle and detained him while waiting for backup to arrive. Deputies made contact with the eight subjects inside the vehicle, all of which admitted they had entered the country illegally and Escamilla had picked them up in Phoenix, to be transported to California.

A records check revealed Escamilla himself was not in the country legally. He had been deported previously and had several previous arrests. U.S. Border Patrol Agents responded and took custody of the eight subjects found in the vehicle.

A search of the vehicle revealed a large amount of United States and Mexican currency. Ricardo Escamilla was arrested and transported to the Mohave County Adult Detention Facility in Kingman without incident.