Fentanyl: Mass killer on the loose 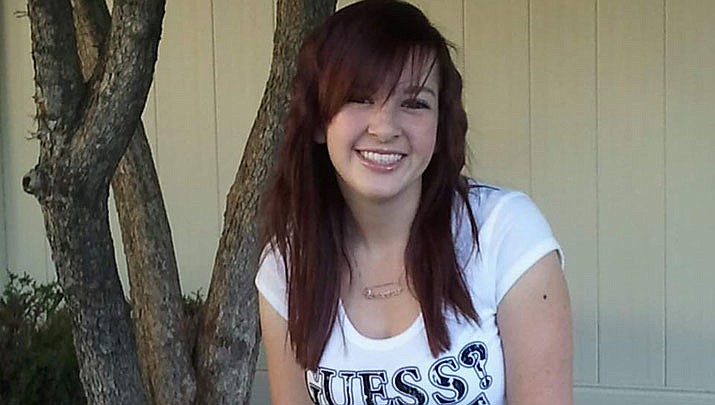 Brianna Mullins was 25 and living in Kingman when she took a pill that she didn’t know was laced with fentanyl in 2021. She died of an overdose. (Courtesy photo)

KINGMAN – Aretta Gallegos made it clear; her daughter did not overdose on fentanyl, she was poisoned.

In April 2021, Gallegos lost her 25-year-old daughter Brianna Mullins to fentanyl poisoning. As a mother and an Advisory Board Member for the Colorado Coalition for Families Affected by Fentanyl in Denver, Gallegos is here for support and information after she experienced the horrors of illicit fentanyl, a synthetic opioid.

“We don’t call it an overdose because people know what they’re taking when they have an overdose. It’s a poison because you have no idea that fentanyl is what you’re taking,” Gallegos said.

Mullins was living in Kingman at the time of her death in 2021. Gallegos said her daughter thought she was getting Percocet, but the pill turned out to be illicit fentanyl.

Since her daughter’s death, Gallegos has made it a priority to educate families and communities about how accessible and lethal fentanyl can be.

According to Substance Abuse Prevention Coalition Leaders of Arizona, children as young as 14 have died from fentanyl poisoning.

Fentanyl has become more common because it's addictive and costs less to produce.

It is 50 to 100 times more potent than morphine. While fentanyl is sometimes laced in other drugs, it’s become more common that an individual receives straight up fentanyl, even if they ordered a different drug.

Project Director for Mohave Substance Abuse Treatment and Education Prevention Partnership Bob DeVries said that since there are no safeguards in place when it comes to illicit drugs, there’s no way to determine how high the dosage is. Around 42% of fentanyl pills that come across the border have a lethal dosage. Around 6,000 fentanyl pills were seized in the Kingman area last week and half a million were seized in the Casa Grande area several months ago.

“Forty-two percent and half a million is 210,000. That’s literally enough fatal dosages to kill almost every person in Mohave County,” DeVries said.

DeVries credits Naloxone for the survival of individuals who overdose. Naloxone is an opioid antagonist that can reverse an opioid overdose. In 2021, the Kingman area had around 70 overdose reversals with Naloxone.

With a drug that has so many dangers associated with it, some wonder why fentanyl has become so popular among manufactures trying to make a profit.

DeVries said legitimate fentanyl has a purpose, but illicit fentanyl is not the same since there’s no quality control.

“They’re not trying to kill people intentionally, but what they’re trying to do is have the highest quantity to meet the individual's demands,” DeVries said.

That quantity grows as people begin to build a tolerance for it, which can have deadly effects when the potency continues to rise. In order for individuals to combat the issue, DeVries said people should not take any drugs unless prescribed by their doctor.

“If you’re purchasing something on the streets right now, odds are it’s going to be fentanyl laced,” DeVries said.

At the end of 2021, a Kingman woman died due to taking what she thought was Xanax. She took the pill not knowing fentanyl was in it and didn’t wake up the next morning, DeVries said. DeVries said like Mullins, this woman was poisoned since she had no idea fentanyl was in the pill.

While the obvious thing to do is to only take medication that has been prescribed by a doctor, DeVries also said some Americans are going to Mexican pharmacies because they can’t afford their prescriptions in the U.S. However, there have been traces of fentanyl found in medications they purchased in Mexico.

“We’ve actually had three reports in the last couple of months of tainted medication coming across the border from either a border pharmacy or a clinic in Mexico,” DeVries said.

While the issue is big, DeVries said education is a must. MSTEPP has prioritized educating elementary-age children to senior citizens on illicit fentanyl and how to administer Naloxone.

Social media has become a tool for drug dealing, so educational sessions have been open to the public and parents through the Arizona Youth Partnership.

Gallegos said it’s important to break the stigma around overdoses and fentanyl poisonings, especially in a small town. DeVries said addiction is a disease and communities need substance abuse care and mental healthcare to combat the disease.

“It takes many villages to raise awareness,” Gallegos said.