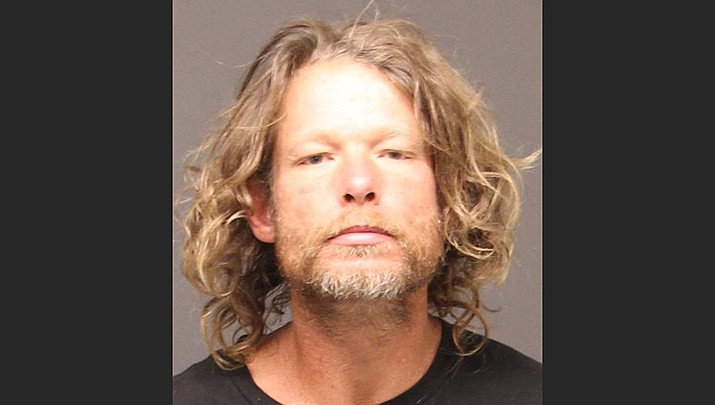 KINGMAN — Glenn Allen Schaffner, a 41-year-old Kingman area vagrant, was arrested on allegations of disorderly conduct with a weapon and prohibited possession of a firearm, both felonies.

He was arrested on Tuesday, Aug. 23 after officers responded to a grocery store in the 3400 block of N. Stockton Hill Road regarding a report of an employee seeing a male subject allegedly holding a handgun and overhearing him say something similar to “…someone is going to get shot today.”

As officers responded the employee reported that Schaffner was walking into the store.

Officers arrived and confronted the subject near the front of the grocery store.

Schaffner was taken into custody without incident.

Schaffner stated that the firearm was obtained for his protection; and that he had no intent to cause harm.