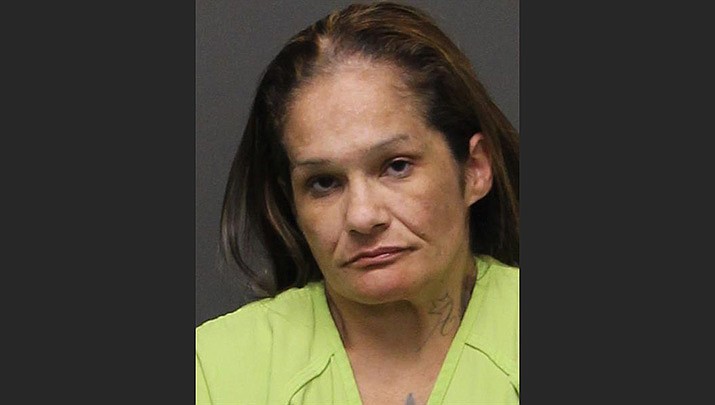 On Friday, Nov. 25 at 4 p.m. deputies were on patrol in the area of Highway 95 and Laguna Road and observed Garcia driving a white sedan southbound on Highway 95.

According to an MCSO news release, the vehicle was recognized from a previous incident when Garcia admitted she did not have a valid driver’s license.

A records check revealed Garcia’s license was suspended and deputies conducted a traffic stop in the area of Courtwright Road and Highway 95. Deputies contacted Garcia, who was identified as the driver and sole occupant of the vehicle. She could not provide a valid driver’s license or vehicle insurance and was asked to step out of the vehicle.

Deputies advised that the vehicle was going to be towed and a search of the vehicle was conducted. The search allegedly revealed a clear baggie containing a large amount of a white crystal-like substance in Garcia’s purse, along with items of drug paraphernalia.

Garcia was arrested and transported to the Mohave County Adult Detention Facility in Kingman without incident.