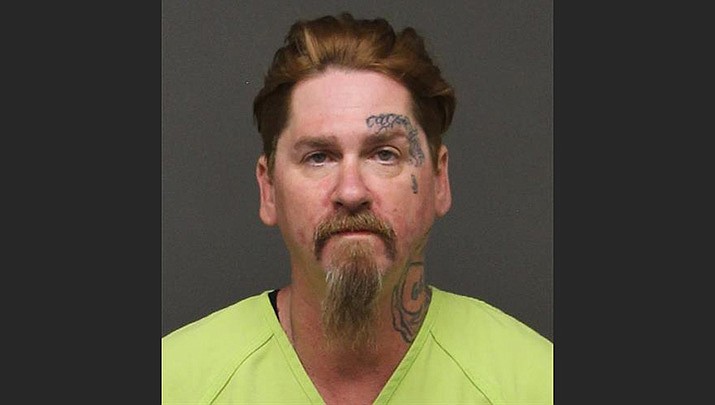 KINGMAN – A Kingman man was arrested on a charge of 1st-degree trespass after entering a home in an attempt to elude police on Monday, Nov. 28, according to a news release from the Kingman Police Department.

At about 12:50 p.m. that day City of Kingman police officers were assisting Mohave County Probation Department officers in the apprehension of Jason D. Tate, 49, of Kingman, who was wanted for an alleged parole violation.

Tate, who had refused to comply and eluded probation officers, fled on foot, eventually entering a residence in the 100 block of Oak St. in Kingman, KPD wrote.

An investigation revealed that the home’s occupant did not know Tate and was scared when Tate entered the door.

Tate allegedly refused officer commands to exit the home, and officers, using a drone, confirmed that Tate was in the dwelling.

The KPD Entry Team entered the home and took Tate into custody without further incident.