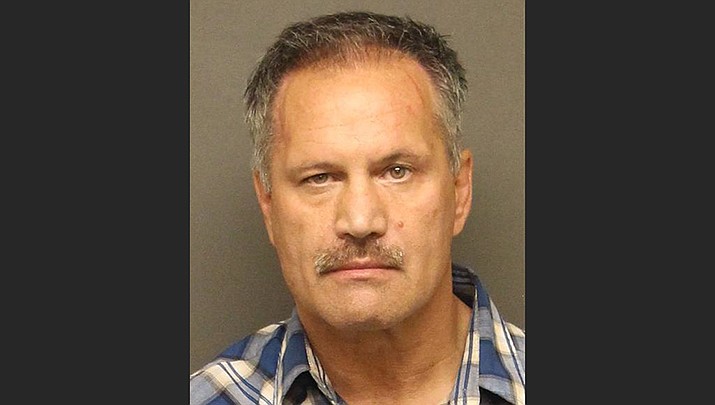 KINGMAN – A Kingman man was arrested by Kingman police officer for fraudulent schemes an artifices on Friday, Dec. 9.

Timothy Wayne Clark, 58, of Kingman was arrested on at about 3 p.m. when when police officers responded to a business in the 900 block of West Beale Street to a report of a subject doing fraudulent repairs on a travel trailer.

According to a KPD news release, a professional RV repairman was consulted and the work that was being done was not needed as the parts being replaced were reportedly not worn or broken.

Clark was arrested and booked into the Mohave County Adult Detention Facility. The investigation remains on-going.