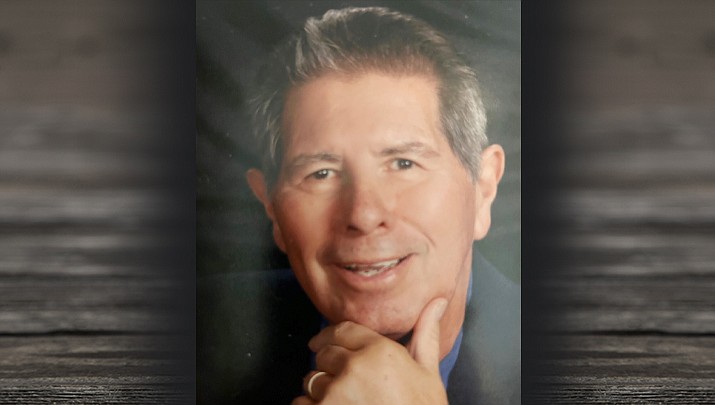 Alex Michael “Porky” Martinez at age 79 of Lake Havasu City, Arizona. passed away on Friday, Nov. 11, 2022 in Sun City, Arizona, surrounded by his family and pastor.

Alex was born to Alex and Helena Martinez on Aug. 19, 1943 and was raised by his mother and stepfather Louis Lucero, all who proceeded Alex’s death.

Upon graduating from Flagstaff High School, Alex attended Northern Arizona University in Flagstaff. While attending college, Alex worked for A.J. Bayless Grocery Stores. Alex then moved to Phoenix where he worked for Safeway, working his way into management. While working for Safeway, in 1974, his career took him to Kingman where he managed both Safeway stores, later moving to Lake Havasu City in 1985. After 24 years of service, Alex left Safeway and began a new career with Mission Linen Industries for another 20 years, where he retired.

Alex was a member of Mount Olive Lutheran Church and was a past church council member. He served on the property board, Cursillo Ministry, Mens Fellowship and as a Stephen Minister. He loved reading and studying his Bible. Alex loved pencil sketching and wood carving. He loved spending time with his grandchildren.

Alex celebrated his 50th wedding anniversary with his wife Sharon Martinez of Lake Havasu City this past May with many of their children and grandchildren and a friend, with a surprise party at Shugrue’s.

A Celebration of Life will be held Jan. 14, 2023, at 10:30 a.m. at Mount Olive Lutheran Church located at 2170 Havasupai Blvd, Lake Havasu City, Arizona with interment to follow at Mount Olive Columbarium Garden, located on site. A luncheon will be served following the service in the Coffee Café.

In lieu of flowers, donations can be given to The Cursillo, Prayer Shawl Ministries; or the Building Find at Mountain Olive Lutheran Church.