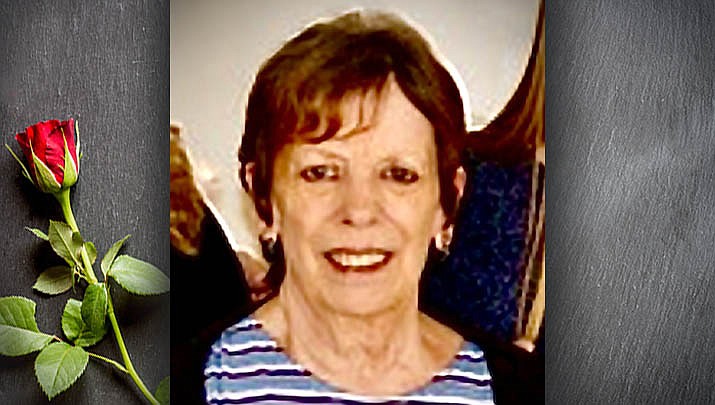 Sheryl attended elementary school in Texas and later moved with her parents and brother to California, and eventually settled in Kingman, Arizona.

She completed junior high in Kingman and then attended Mohave Union High School. At 16 years old, she met Leroy Sandy and they were married in 1964. They welcomed their first daughter, Laurie, at the end of 1965 and another daughter, Jennifer, in the summer of 1970.

Sheryl worked many jobs including waitressing at the Roadway Cafe and the El Mohave restaurants, serving her favorite locals.

She started working at the Mohave County Assessor’s Office where many of her coworkers became like family to her. Those relationships lasted for several years and many remained close friends of hers until the very end.

In 1985, Sheryl met George Dodsworth and they married soon after. George was a foreman of a major plumbing company and traveled around doing jobs in different cities.

They moved several times because of his work – first to Kingman, then Phoenix, Bullhead City, Lake Havasu City, Flagstaff and back to Phoenix before ultimately retiring in Kingman, Arizona.

After retiring in 2015 and losing her husband of almost 30 years, the same year, Sheryl was diagnosed with dementia at 69 years old. Suffering through the many stages of dementia, she held on for another five years.

During the last year of her life, Sheryl was blessed with the awesome care she received from the owner and staff at the Hope Haven Assisted Living Facility. The staff and residents there soon became family!

After a tragic accident, Sheryl was hospitalized and passed away two weeks later, on Nov. 7, 2022.

Sheryl’s main focus in life was her family! Everything she did involved her husband, children and/or grandkids. Her presence on earth with be deeply missed! However, we do have the promise of eternity with her and our other loved ones in heaven!

Sheryl was preceded in death by her mother, Ruanna Albright, her loving husband, George Dodsworth, and her great friend and ex-husband, Leroy Sandy.

She is also survived by her brother, Roget Clounch of Nevada, her Canadian (Dodsworth) family, and several distant relatives.

Private services will be held at a later date.