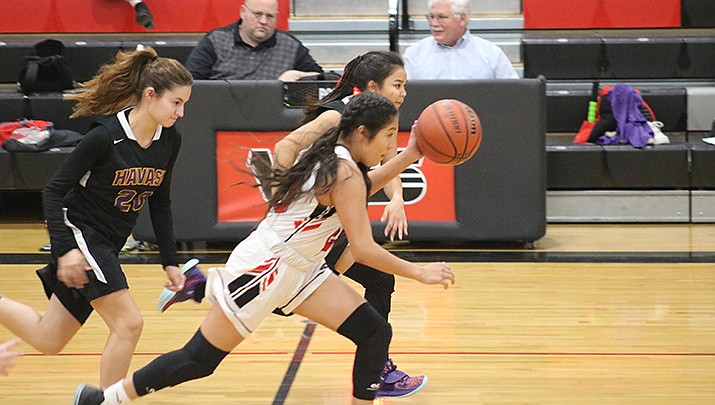 KINGMAN – The Lady Knights of Lake Havasu High School were no match for Lee Williams on Tuesday, Jan. 4, with the Lady Volunteers posting a 59-21 victory at home.

The Vols got out to a strong start, putting 19 points on the board while holding Lake Havasu to 10 in the first quarter. Sophomore Taliyah Crook notched five of the team’s points in the first frame, including a deep three-pointer. Six different players scored in the first quarter to give Lee Williams the lead going into the second.

“We really played solid defense in the second quarter and we were able to hold Havasu to just four points,” said head coach Jerry Arave. “The girls were able to play aggressive basketball without fouling and we converted turnovers into points.”

Up 37-14 to start the second half, the Lady Volunteers began switching from man to zone defense, which coach Arave said served to confuse the Lady Knights. Lee Williams would added another 16 points to the board in the third quarter to bring the score going into the fourth to 53-21.