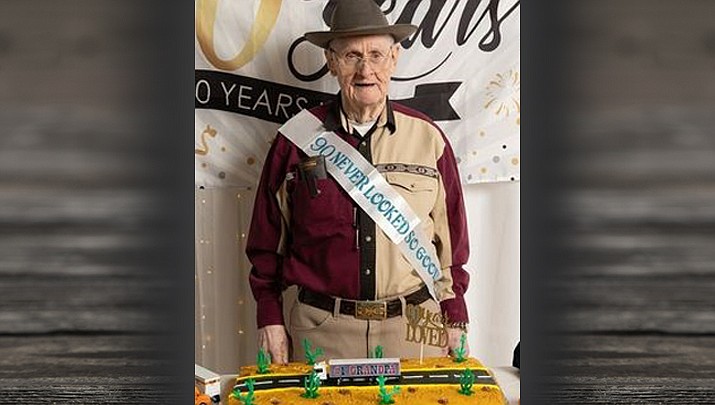 Dale Elton Mauk, 91, passed away Christmas morning in Victorville, California. Dale was born Jan. 16, 1930, to Everett Elton and Lenore Nellie (Putnam) Mauk of Griswold, Iowa. Dale was the oldest of his siblings, Bill and Diana. Dale married his lifelong sweetheart, Shirley Mae Rupp, of Missouri Valley, Iowa on Feb. 3, 1950. Together they raised five children, Vicki Elaine, Dixie Lee, Ricky Dale, Linda Marie and Lori Ann. At 15 years old, Dale started his trucking career by driving for the family business Mauk & Sons Transfer that had been started by Dale’s grandfather. He drove for Watson Bros. and then Yellow Freight, which he retired from after 36 years and moved to Kingman, Arizona in 1992. Dale was distinguished as having driven over 5 million miles throughout his career.

Dale loved telling jokes and stories of truck driving. He loved to travel and spend time with family and friends. He was a proud lifetime member of the Elks BPOE. He never met a stranger.

A celebration of life will be held at Kingman Elks Lodge on his 92nd birthday, Jan. 16, 2022, from 1 – 4 p.m. He will be laid to rest next to his beloved wife Shirley and son Ricky in Griswold, Iowa, in June.