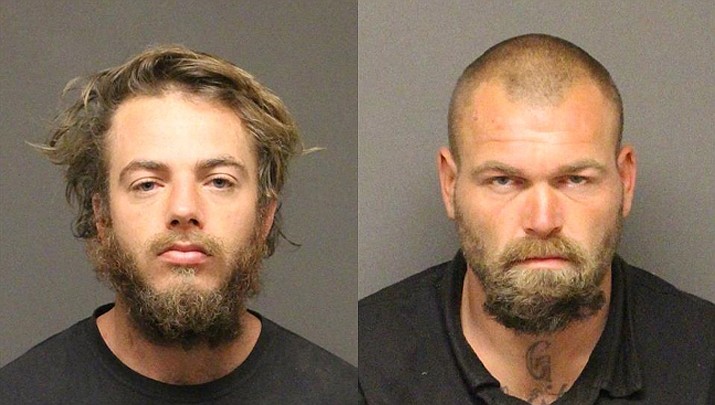 MCSO wrote in a news release that on Wednesday, Jan. 5, deputies were conducting follow up in reference to burglaries that had occurred in the Dolan Springs area. During that time, deputies had responded to a residence on First Street, where they reportedly located a vehicle identified as being involved in some of the burglaries. A records check on the vehicle revealed that it had been reported stolen out of Kansas, according to law enforcement.

Detectives applied for and were granted a search warrant for the property. Upon executing the warrant, the stolen truck, a stolen horse trailer, an ATV, firearms and additional items stolen from area burglaries were reportedly recovered.

According to law enforcement, the investigation revealed that Johnson and Griffin were involved in the burglaries. Both men had been arrested by deputies one day prior after a deputy reportedly observed them committing a residential burglary in Dolan Springs.

“The Mohave County Sheriff’s Office would like to remind citizens to keep a record of serial numbers, model numbers and identifying marks of their property to aid in recovery of stolen items,” the agency wrote.

The investigation is ongoing and additional charges may be pending, according to law enforcement.