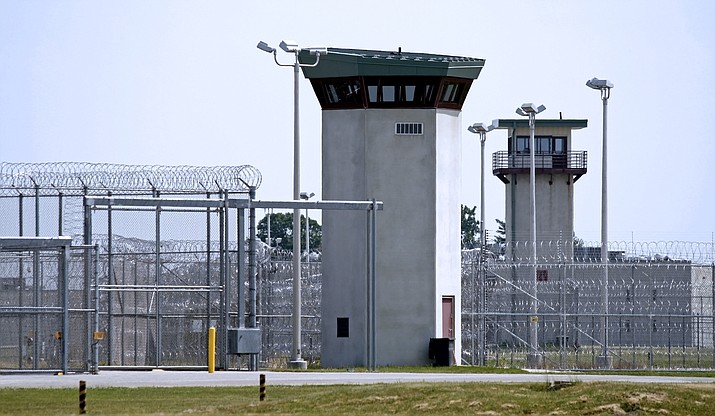 PHOENIX – Former Arizona Corrections Director Charles Ryan suffered a self-inflicted gunshot wound to one of his hands, initially refused calls from police to exit his Tempe home and pointed a gun at officers before finally surrendering, police said Friday.

Investigators declined to say what led Ryan to injure himself, but said officers went to his home Thursday night after getting a report that a person there might have suffered a self-inflicted gunshot wound.

Once at his home, authorities say officers tried to communicate with Ryan, who remained inside his home. At one point, Ryan opened a door and pointed a gun at officers standing behind an armored vehicle, police said.

Officers used unspecified less-than-lethal tactics and called for him to surrender but those efforts were unsuccessful. After negotiators were called the home, Ryan finally exited the house.

Ryan, who retired as corrections director in September 2019, had a controversial tenure.

A federal magistrate judge found him in contempt of court not following through on promises in a legal settlement to improve health care for prisoners. He was criticized in the 2009 heat-related death of prisoner who was left for nearly four hours in an unshaded outdoor holding cell during triple-digit heat.

About five years later, prison officials were accused of botching the execution of Joseph Wood, who was given 15 doses of a two-drug combination over nearly two hours.

Ryan also came under criticism in 2014 by a prison teacher who was raped by an prisoner after being left alone with a sex offender. The teacher said Ryan allowed lax training, staffing shortages and poor security at the prison.

Later in his tenure, the corrections department was rocked by revelations that prisoners at the Lewis prison complex west of Phoenix were able to open their locked cell doors and attack corrections officers and other prisoners.