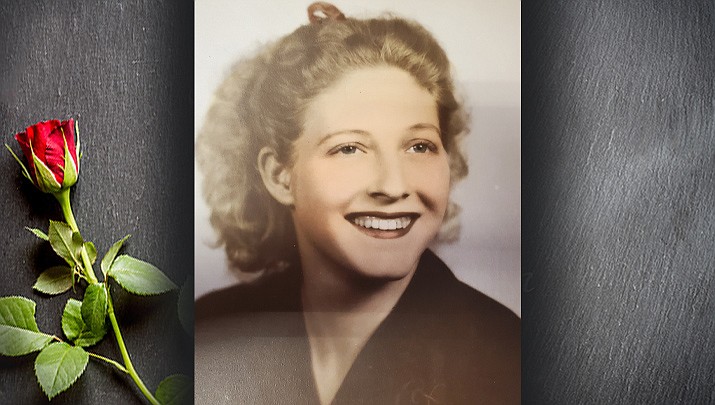 Norma Mae (Chapman) Isaacs of Winnemucca, Nevada passed away on Jan. 3, 2022, at Humboldt General Hospital’s Harmony Manor. Norma was born on Feb. 22, 1926, in Kingman, Arizona to Norman Chapman and Ada (Bacon) Chapman. Norma was 95 years old at the time of her passing.

Norma Attended elementary school at Trout Creek on the Sandy, Arizona. Norma was a lifelong survivor of polio having contracted the disease as an 8 year old in 1933. She attended high school at Immaculate Heart Academy until 1943. Norma worked at the Kingman Army Air Base in the PX and commissary; she also mothballed the B52s at the Kingman Air Base after World War II ended. Norma met Everett Isaacs in Kingman, Arizona while Everett was working at the Neal Ranch and the two were married on March 9, 1947. Norma and Everett worked on various ranches throughout Arizona, Colorado and Nevada before settling in Nevada. Norma handcrafted beautiful leatherwork, enjoyed cooking, spending time with family and friends as well as attending/supporting local rodeos and ropings. She was a lifetime member of the Daughters of the Mohave County Pioneers. Norma’s family will miss her lifelong learned wisdom and laughter.

At Norma’s request no services will be held. Interment will follow (undetermined date) in Kingman, Arizona. The family would like to suggest donations to the local high school or youth rodeo of their choice in Norma’s honor.