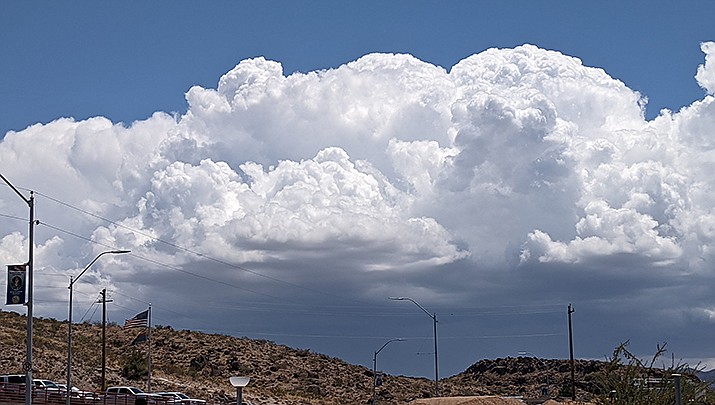 The National Weather Service forecast for the Kingman area shows a slight chance of showers the evening of Monday, Jan. 17 and into the morning of Tuesday, Jan. 18. (Miner file photo)

KINGMAN – The Kingman area could see some rain the evening of Monday, Jan. 17 and into the morning of Tuesday, Jan. 18, according to the National Weather Service.

While Monday is forecast to be mostly cloudy, conditions are expected to become sunny as the day progresses, with precipitation not in the forecast until the early morning hours of Tuesday.

Starting at 4 a.m. Tuesday morning, the National Weather Service is forecasting a 20% chance of showers. The chance for precipitation will increase later in the morning, with a 30% chance mainly prior to 11 a.m.

The rest of Tuesday is forecast to be mostly cloudy, with sunnier conditions expected in the afternoon. The chance of precipitation Tuesday will be paired with a high temperature near 57 degrees and a low later that night near 37.

NWS does not forecast additional precipitation for the Kingman area past Tuesday. High temperatures for the rest of the week will hover near 60 degrees, with lows in the mid-30s.