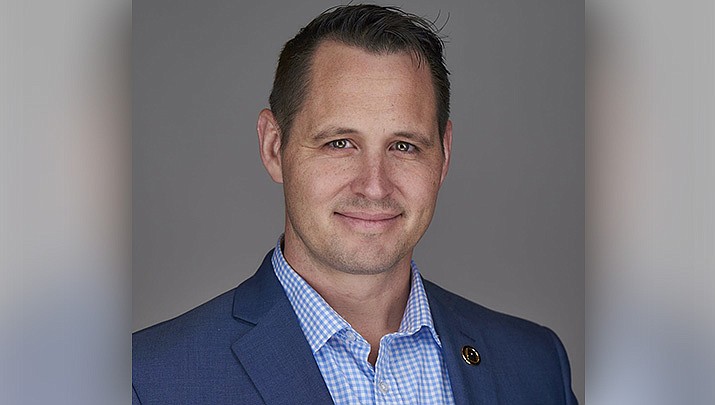 He is one of six Republican’s seeking the party’s nomination, including incumbent Paul Gosar (R-Prescott). A pair of Democrats are also circulation petitions for the race.

According to a news release, Morgan is a technology software consultant and entrepreneur working closely with the Department of Defense and law enforcement agencies. He is active in several community and national organizations including the VFW, American Legion, National Rifle Association and Gun Owners of America.

“Adam believes that it is imperative to have an elected official who is not censured and able to speak on and sponsor legislation benefiting our district,” the release noted. “He believes that voters deserve an option to the stale and ineffective leadership, a fresh and fearless candidate that has the ability to communicate effectively and to be relentless in fighting for his constituents.”

The release continues, saying that Morgan’s military, technology and foreign-affairs experience make him “uniquely qualified to defend Arizona and the Constitution.”

“The crisis happening at our border has been going on for too long and agents need to be empowered with access to funds and resources as well as cutting-edge technology,” according to the release. “Adam sees that our national security, voting integrity and the hearts and minds of Americans are being attacked and his first-hand knowledge will allow him to be a proactive leader in this fight.”

Morgan, a 45-year-old father of four, has filed his statement of interest with the Arizona Secretary of State’s Office and is currently collecting signatures.

To sign the nomination petition or learn more about the candidate, go to https://morgan4az.com/.