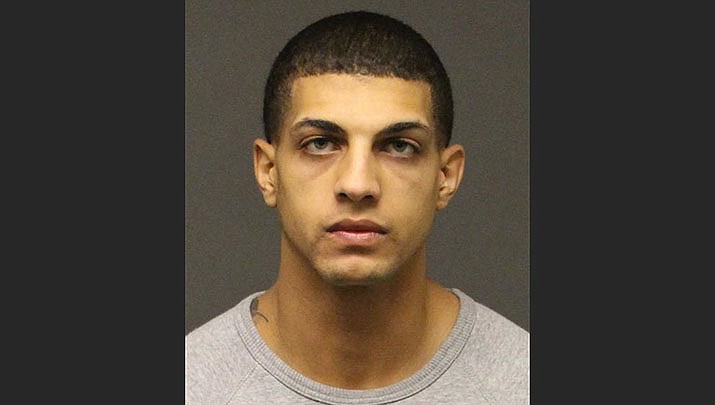 KINGMAN – Nikko Demitri McLachlan, 27, of Fort Mohave, has been arrested by the Mohave County Sheriff’s Office on suspicion of first-degree murder per domestic violence in relation to the death of his girlfriend’s 1-year-old child.

MCSO wrote in a news release that on Jan. 7, deputies were dispatched to a residence in the 2000 block of Mesa Vista Place in Fort Mohave in reference to a 1-year-old child who was not breathing. When deputies arrived CPR was being administered by the child’s mother’s boyfriend, identified as McLachlan, and a neighbor who responded to the home after hearing screaming.

The Fort Mojave Mesa Fire Department transported the child to Valley View Medical Center prior to a helicopter flying the child to UMC Children’s Hospital in Las Vegas. The child died at the Las Vegas hospital on Jan. 10, according to MCSO.

MCSO wrote the Clark County Medical Examiner’s Office informed investigators that the child passed away due to bilateral subdural hematomas, or extensive brain injury, and that the incident was not accidental.

McLachlan was booked into the Mohave County jail. The investigation continues.