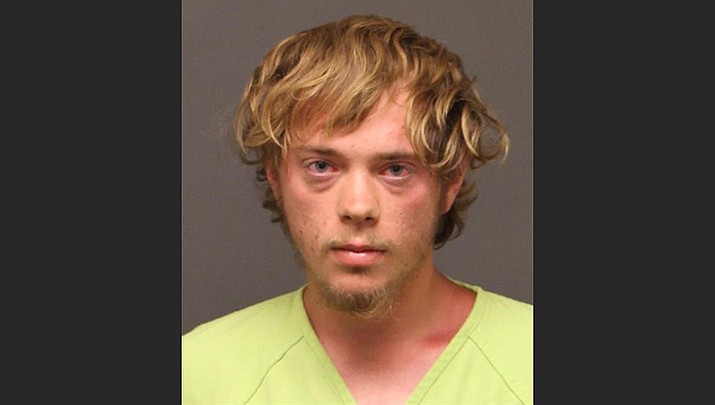 KINGMAN - In the early hours of Friday, July 1, the Kingman Police Department arrested Bradleigh Christopher Miller, 19, of Kingman, on a felony charge of theft of means of transportation.

According to a KPD news release, police received information from the public identifying the stolen vehicle suspect as Miller. Officers determined Miller had been arrested a few hours earlier in the Golden Valley area by the Mohave County Sheriff’s Office and had been booked into the Mohave County Adult Detention Facility.

Investigators learned that at the time of his arrest, Miller had allegedly been found with several items that belonged to the victim. Kingman police officers responded to the Mohave County Adult Detention Facility and charged Miller in relation to the case.

An attempt to locate was issued, but the truck has not been recovered. Investigators believe that it may be in the Golden Valley area.

If anyone has seen the vehicle, please contact KPD at 928-753-2191; report tips online at www.kingmanpolice.com; or report anonymously by calling Mohave Silent Witness at 928-753-1234.