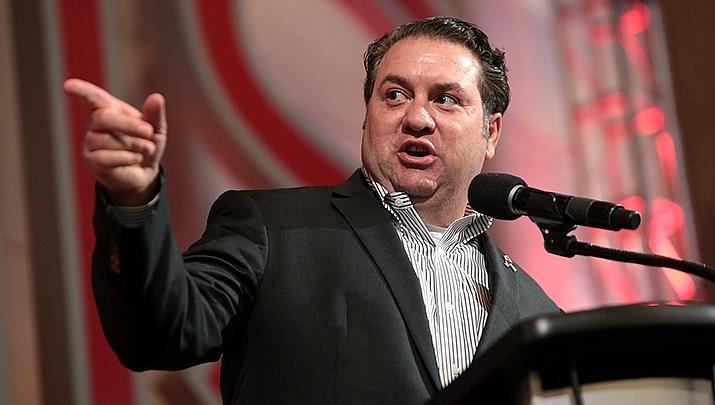 BOISE, Idaho – In Arizona, Republicans are fighting among themselves over whether a 121-year-old anti-abortion law from the pre-statehood Wild West days, when Arizona was still a frontier mining territory, should be enforced over a 2022 version.

In Idaho, meanwhile, it is not clear whether a pair of laws from the early 1970s making it a felony to “knowingly aid” in an abortion or to publish information about how to induce one will be enforced alongside the state’s newer, near-total ban.

Politicians and state government attorneys are trying to sort out which laws and which provisions are in force. And abortion rights advocates who are going to court to protect the right to terminate a pregnancy are finding themselves doing battle on multiple fronts.

“Following last week’s decision, part of our subsequent work is to now review Idaho’s existing abortion-related laws and examine them through a post-Roe legal lens,” Graf said. “That work has commenced and will continue in the weeks ahead.”

In West Virginia, the American Civil Liberties Union has filed a lawsuit challenging an abortion ban that was put on the books in 1882. The organization says the law conflicts with newer ones and so should be void.

In Wisconsin, Attorney General Josh Kaul filed a lawsuit Tuesday challenging a 173-year-old abortion ban, arguing that modern generations never consented to it. The 1849 law prohibits abortion in every instance except to save the pregnant person’s life — conflicting with Wisconsin laws from the mid-1980s that ban the procedure after a fetus reaches the point that it could survive outside the womb with medical intervention.

Arizona GOP officials disagree over which abortion laws are enforceable. Attorney General Mark Brnovich announced Wednesday that a pre-statehood law banning all abortions is now enforceable, but Republican Gov. Doug Ducey has said a law he signed in March takes precedence over the 1901 ban.

When the Idaho Legislature passed a “trigger law” in 2020 that would automatically prohibit nearly all abortions 30 days after the fall of Roe, lawmakers took some steps to avoid conflicts by making it clear that the law would supersede other bans. Lawmakers put similar language in another ban passed earlier this year, saying the 2020 law would take precedence.

But they may have overlooked a few clauses in the decades-old statutes.

The 2020 trigger law says specifically that the person seeking the abortion can't be charged with a crime, instead focusing prosecution efforts on the abortion provider. That would seem to override a 1973 law that makes it a felony for a person to undergo an abortion, but it's not clear if another portion of the older law making it a felony to knowingly aid in an abortion could still be enforceable.

“It's hard to see how much of it survives, because of all the conflicts,” Twin Falls County prosecutor Grant Loebs said of the nearly three dozen anti-abortion laws on the books in Idaho.

It will be up to individual county prosecutors, at first, to decide how to proceed, said Loebs, who is also president of the Idaho Prosecuting Attorneys Association. From there, judges will figure it out.

Ultimately, he expects Idaho legislators will have a lot of fine-tuning to do in the years ahead.

“I think every state doing this is going to have the same problems,” Loebs said.

It all means a lot of juggling for abortion rights advocates.

Planned Parenthood is suing over both of Idaho's newer laws. It has asked the Idaho Supreme Court to hear arguments in both cases on the same day in early August in hopes of getting a ruling before the trigger law takes effect.