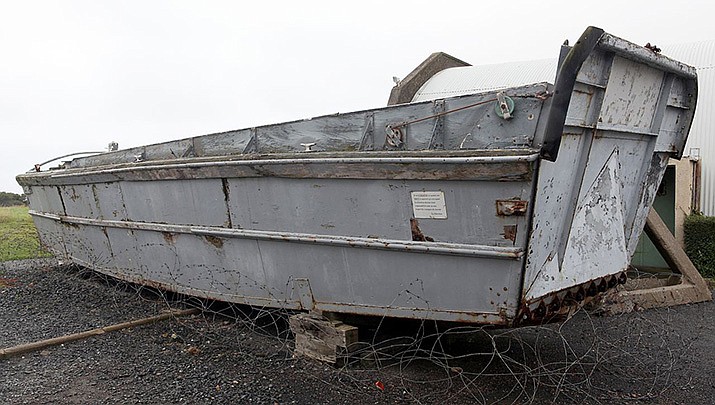 A sunken landing craft dating back to World War II is the latest object to emerge from a shrinking Lake Mead. (Photo by Joost J. Bakker, cc-by-sa-2.0, https://bit.ly/3ydRjbk)

LAS VEGAS – A sunken boat dating back to World War II is the latest object to emerge from a shrinking Lake Mead.

The Higgins landing craft that has long been 185 feet below the surface is now nearly halfway out of the water.

The boat lies less than a mile from Lake Mead Marina and Hemingway Harbor.

It was used to survey the Colorado river decades ago, sold to the marina and then sunk, according to dive tours company Las Vegas Scuba.

The boat is just the latest in a series of objects unearthed by declining water levels in Lake Mead, which straddles both Nevada and California. In May, two sets of human remains were found in the span of a week.

Experts say climate change and drought have led to the surface dropping more than 170 feet since 1983.