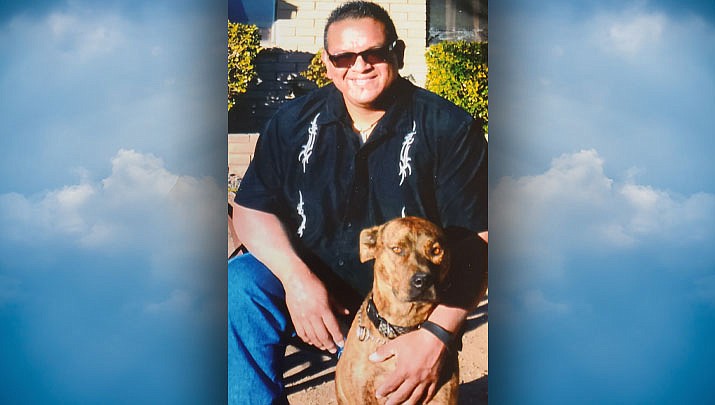 Adam Kozlowski was born April 4, 1975 and was a busy bundle from the beginning! As a 2-year-old he was once referred to as "ATOM," and so he was!

Bigger than life; full of energy and adventure. He loved The United States of America; his integrity and loyalty were his essence. His influence was felt far and wide.

He loved sports, playing everything from T-ball to high school football and weight lifting.

At one point he held the record for weight lifting as he dead lifted 575 lbs. and years later while suffering with kidney failure bench pressed about that much.

Adam was the Warrior of Warriors; Our Gentle Giant. He was so polite and deferential to the elderly. His humor was constant and he LOVED snookering his Dad! It didn't take much and it delighted him.

Adam worked for the City Water Department for over a decade. He was dedicated to the gym and he continued to go until he couldn’t. What a fighter he was! His family treasures him. He is loved beyond description.

He is survived by his parents, Frank and Ann Kozlowski; sister Amber Ott (Matt); brother Arik (Jeannie), and several nieces and nephews. He was especially smitten by Mini, his great niece.