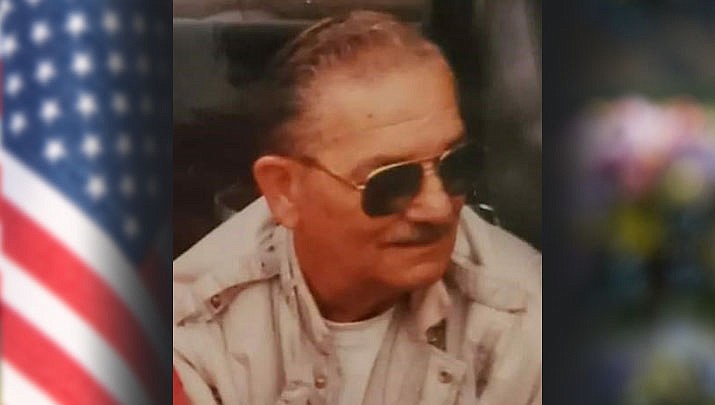 On Friday, July 1, 2022, Bob (Bud) Johnson, loving father to three children - Connie Shaffer (Iowa), Robert E. Johnson, Jr. (Nebraska) and Steven Johnson (Arizona) - passed away at the age of 89, in Kingman, Arizona. He was preceded in death by his wife of 62 years, Louise (Lucy) D. Johnson.

He was known as Bud to his family and Bob to his friends and co-workers. Bob served in the U.S. Army, as a corporal, during the Korean War, on the 38th parallel. He had various jobs until he found his passion, serving his community as a police officer. He started his career as a reserve for the Ventura Police Department and signed on permanently to the Port Hueneme Police Department until he was injured and had to go on disability.

He loved doing stunt shows. When we were younger his role as a gunslinger was “Top Gun.” He did these shows on the Corriganville Movie Ranch, located in the Santa Susana Mountains, Simi Valley, California. After he moved to Arizona, he became involved in another stunt show. This time his role was “Hondo the Sheriff.”

Another passion he had was woodworking. He loved to make things for his kids and grandkids.

He was a great provider for his family, dedicated, loyal and very loved. He will be greatly missed by his family.