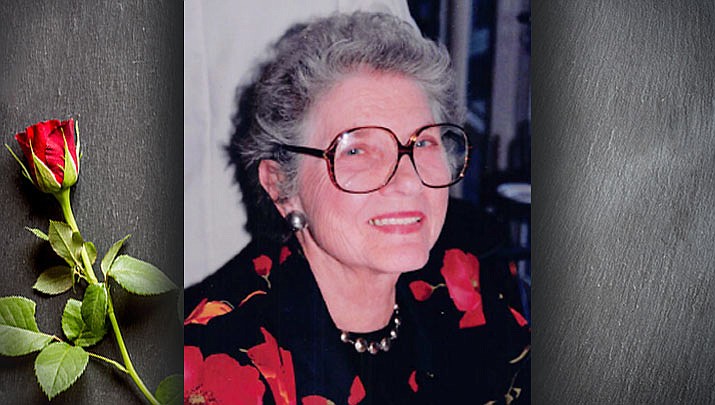 Mrs. Arnold was raised in Waterloo, Iowa and graduated from West High School. She attended Lindenwood College for women in St. Charles, Missouri for two years then transferred to State University of Iowa in Iowa City. A member of Pi Beta Phi, she earned a Bachelor of Arts degree graduating in 1944. In the spring of 1945 she took an advertising job in Chicago, Illinois and soon after, met her husband, a commercial artist from Beloit, Wisconsin. She left her job after marrying to raise their family, but in 1962 returned to the workplace. For 24 years she was employed by Montgomery Ward as a catalog copywriter, until the catalog was phased out in 1985. In 1993 she moved permanently to Kingman, Arizona.

She was preceded in death by her parents, her stepmother Dorothy Crawford Bowlsby, her brother Robert Addison Bowlsby and her husband.

Upon her request, no services will be held. Her remains will be cremated and interred in Sterling, Illinois with the rest of her family.