Man who dated Arizona teacher to be sentenced in her murder 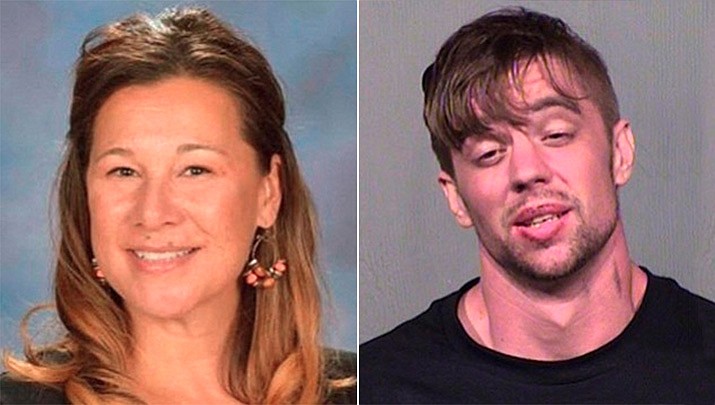 Charlie Malzahn, right, who pleaded guilty to the murder of Cathryn Gorospe, left, will be sentenced for his crime. (Coconino County Sheriff’s Office photos)

FLAGSTAFF – A man who killed an Arizona elementary school teacher after she bailed him out of jail is expected to spend the rest of his life in prison.

Charlie Malzahn, 32, pleaded guilty in June to first-degree murder, abandonment of a body and other charges in the death of Cathryn Gorospe. His sentencing hearing is scheduled Tuesday in Coconino County Superior Court in Flagstaff.

Prosecutors agreed to drop capital punishment as a sentencing option for Malzahn in exchange for his pleas.

Gorospe, 44, went missing in October 2017 after posting bond for Malzahn, who was jailed in Coconino County and had at least three prior felony convictions for crimes that spanned the state. She put up her house as collateral and had hoped to help Malzahn curb drug addictions and straighten out his life.

Instead, he stabbed her multiple times near Williams where the two met. He was the stepson of a police chief and working at a restaurant, and Gorospe was working a summer job as a tour guide in the town that's about an hour from the Grand Canyon.

Malzahn later was seen driving Gorospe's blood-stained SUV in Phoenix and was arrested after fleeing from law enforcement. He gave authorities details and directions that narrowed the search for Gorospe's body.

Gorospe's remains were found on private property in Mayer, about 85 miles south of Williams. Along with multiple stab wounds, she had broken ribs and defensive wounds. The remains were identified using dental records.

Gorospe and Malzahn had dated for about a month, according to records. She taught schoolchildren in the Phoenix area, and her family has said she was a special person who loved children and animals and always saw the best in everyone.

Malzahn has spent the last few years jailed in Maricopa County on separate charges and at the state psychiatric hospital to ensure he was competent to proceed with the murder case in Coconino County.