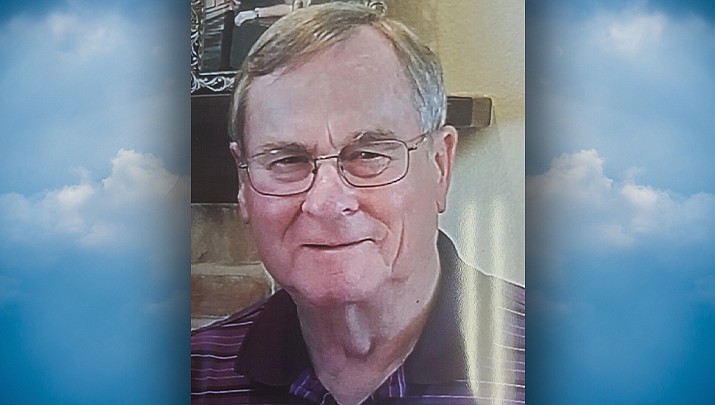 Charles William (Bill) Schwartz passed into eternal glory on Thursday June 30, following a lengthy battle with Parkinson’s disease. Bill was born to Siegel and Beulah (Bressie) Schwartz on June 10, 1947 in Danville, Illinois, and was raised on the family farm in Hoopeston, Illinois. He graduated from Wellington High School in 1965 and then went on to attend Purdue University and the University of Phoenix, ultimately obtaining a bachelor’s degree. Bill worked for General Telephone and Frontier Communications (Citizens Communications) for 40 years as a project and planning engineer until retiring in 2012.

Bill enjoyed spending time with his family camping and fishing. He enjoyed league bowling and golf. Bill had a passion for classic cars and loved taking road trips with the Colorado River Corvette Club in his 1999 Corvette. Bill was a quiet, humble man who possessed a strong faith in Jesus. During his life, he served a local church as a deacon, elder and youth group leader. Most recently he was a member of First Southern Baptist Church. He was always ready to help others, never turning anyone away. He will be remembered by those closest to him as a great husband, father and grandfather.

He is survived by Peggy Schwartz, his loving wife of almost 45 years, four sons Hugh (Sherril) Schwartz of Midland, Texas, Eric Thiel of Kingman, Wesley {Clair) Schwartz of Las Vegas, Nevada, and Roger (Tammy) Schwartz of Land O Lakes Florida. He also had three grandchildren: Heather, Rachel and Ryan, as well as many nieces, nephews and extended family who will miss him. He was preceded in death by his father, mother and sister, Betty (Schwartz) Fry.

The family would like to thank Kingman Regional Medical Center Hospice staff for their compassionate and gentle care during his final days, and KRMC’s In Home Health Care staff who were invaluable during the initial days of his diagnosis. The family will have a private celebration of his life at a later date. In lieu of flowers, please make a donation to your church, favorite charity or hospice program in his memory.