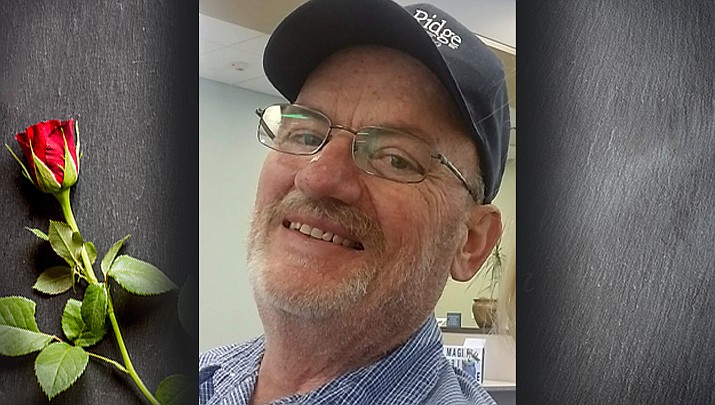 Terry Wayne Hedges passed away Dec. 7, 2021, after a three-year battle with cancer. Terry was surrounded by his loving family, including his wife of 44 years, Ronda, his daughters, his sister, his sons-in-law, and other extended family.

Terry was born May 12, 1960, in Grand Junction, Colorado, to Matilda “Lavern” and Marvin Hedges. Terry and his family would later move to Kingman, Arizona, where he would meet the love of his life, Ronda Clouse. Even as a teenager, Terry knew he wanted to spend the rest of his life with Ronda, and they were married on June 17, 1977. Together they raised three daughters: Brandy (Michael) Simanson, Janna (James) Burrow and Shay (Christopher) Wills.

At the age of 16 Terry began working for Citizens Utilities where he worked for 29 years advancing to the status of Senior Right-of-Way Agent for the Engineering Department. After retiring from Citizens (Frontier Communications) in 2005, Terry co-founded High Ridge Contracting LLC, working as a General Contractor and a Residential/Small Commercial Contractor while continuing as a contract Right-of-Way Agent for Citizens. It always seemed that he knew a little about everything and a lot about some things.

Terry worked hard every day of his life, but he would never hesitate to drop everything he was doing for anyone in need of help -- family, friend, or even a stranger. When not working, Terry enjoyed working on his trucks and outdoor adventures like boating, riding, camping and hiking. Rafting the Grand Canyon with his wife was one of his best “cruise” memories.

Terry was an amazing husband, father, grandfather and great-grandfather. He loved his family and he and Ronda made sure to celebrate every holiday and achievement with them, big or small. He will be remembered for his strength and integrity. He was funny, attentive and extremely kind. He cared.

In addition to his wife and daughters, Terry is survived by his seven grandchildren, five great- grandchildren, his sisters Barbara Siler, Peggy (Joe) Brown and Trudy Hedges, and his brother Larry (Christine) Pratt.

Terry will be sorely missed by all. The family is not planning any public services at this time.

Rest In Peace, Terry. Fly with the Angels until we meet again.