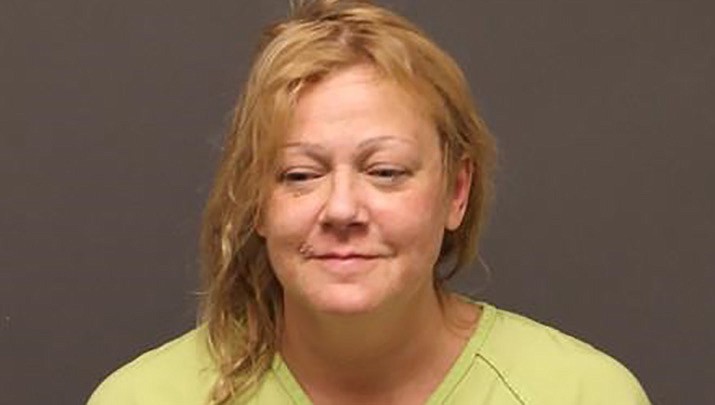 KINGMAN – A Kingman woman was arrested after allegedly stabbing a 66-year-old victim at a home in the 1900 block of Pacific Avenue at about 11 p.m. on Thursday, July 14.

According to a Kingman Police Department news release, officers responded to a report of a subject brandishing a knife at others, and were told that Skelly, unprovoked, allegedly became aggressive and stabbed the victim and threatened his girlfriend. Police said Skelly had been staying at the home for about a month.

Police said the victim’s injuries were minor. Skelly, who provided inconsistent statements of the event, was booked into the Mohave County jail.